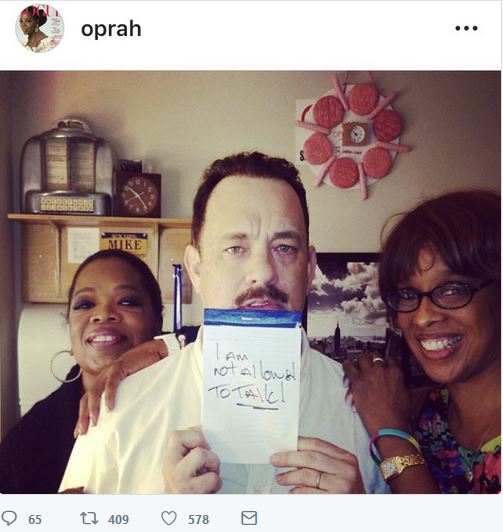 This post was originally printed at Fellowship of the Minds

Actor Tom Hanks has this super-benign public image, but he may not be what he appears.

While in Australia, Hanks and his wife Rita Wilson were among some of the first to get COVID-19.

In a recent appearance on the CBS “Late Show” with Stephen Colbert, Hanks said he and Rita experienced very different COVID-19 symptoms (which is yet another oddity of this demon coronavirus):

Read More at Fellowship of the Minds