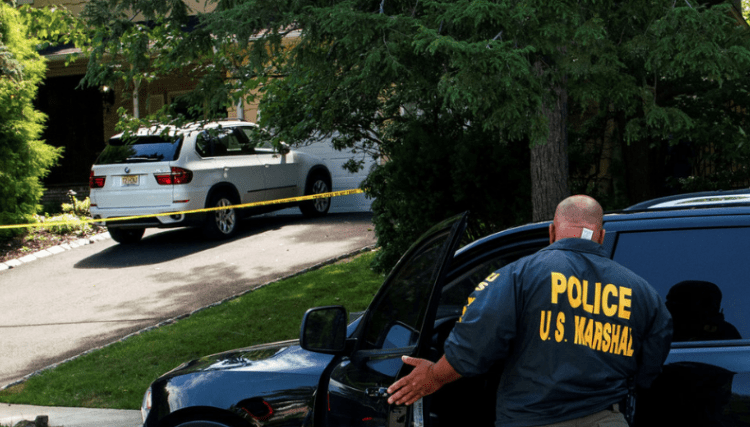 This morning, we reported on federal judge Esther Salas, whose son was shot and killed and her husband was critically wounded just days after she was given a case with ties to Jeffrey Epstein.  Now, reports are coming out that the suspect in the shooting has been found and is alleged to have committed suicide.  Interestingly enough, it’s an attorney.

RT has the story:

An attorney suspected of shooting the family of Judge Esther Salas has been found dead of gunshot wounds in a vehicle in Rockland, New York, according to authorities who believe the wounds were self-inflicted.

The man was found dead in a car on Route 17 in Sullivan County, wearing a FedEx uniform, law enforcement sources told local media. He was reportedly an attorney whose case was heard by Salas in 2015.

Authorities are investigating whether a gun found at the scene of the death – which they’ve presumed to be a suicide – matches the one that killed Salas’ son and wounded her husband on Sunday during the attack at their North Brunswick, New Jersey home.

The gunman who attacked Salas’ family was also wearing a FedEx uniform when he knocked on their door Sunday evening around 5pm and reportedly used an “ordinary car” when he fled the scene. Mark Anderl, Salas’ husband, was first to be shot upon answering the door, followed by the couple’s son Daniel Anderl. Salas, who was in the basement at the time, was not hurt.

The FBI, New Jersey State Police, and US Marshals are investigating the shooting at Salas’ home. Her husband remains hospitalized in critical condition. A motive for the attack has not been put forth, though law enforcement sources have theorized it may have been a home invasion gone wrong.

A municipal employee reportedly discovered the attorney’s body in the car, along with a FedEx package addressed to Salas.

So, the plot thickens.  Why did the man kill the judge’s son?  Who was the real target?  Why did he kill himself?

At this point, the questions remain, but one can’t help but wonder if this is tied directly to the Epstein investigation, the Maxwell investigation and the investigation of Deutsche Bank.  Remember, Jeffrey Epstein and Donald Trump were both tied to that last one and Epstein’s own private wealth banker died from an alleged hanging during the investigation.

Hang on to your seat because I’m guessing we’re about to see more bodies pile up as we wait to see what will come from Ghislaine Maxwell.

Author Of Epstein Book: Ghislaine Maxwell Was At The Top Of The Food Chain