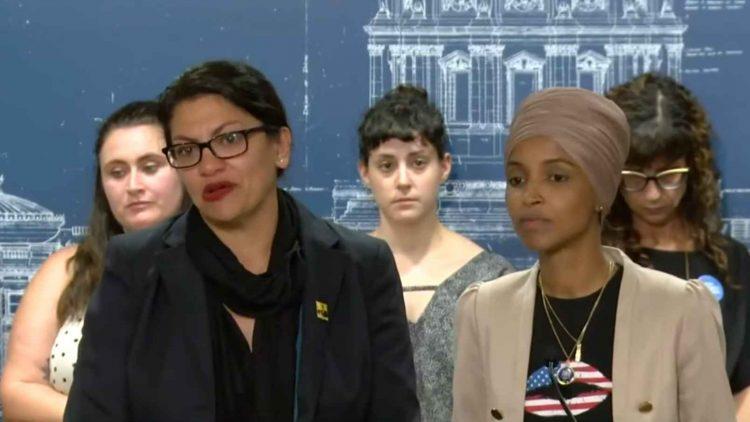 A Leftist protester in Portland recently announced that the goal of the riots that have recently swept the nation is the “abolition of the United States as we know it,” to the applause of her audience (which included not just miseducated children, but a middle-aged priest who should have known better). Rioters around the country, who are overwhelmingly young, middle-class Americans, have made abundantly clear their incandescent hatred for the United States. In the midst of all this, the California Department of Education has given us a vivid illustration of how we got here. It has developed an “Ethnic Studies” curriculum that would make Josef Goebbels proud.

The Jewish News Syndicate (JNS) reported Thursday that “more than a dozen California school boards have adopted resolutions in support of the state’s proposed ethnic-studies model curriculum, despite it have come under fire for containing anti-Semitic and anti-Israel content, and not addressing issues of anti-Semitism or including Jewish Americans.”

It’s all happening under the cover of darkness, deception, and coronavirus distraction, thanks to a group called “Save CA Ethnic Studies.” A letter to the California Department of Education (CDE) protesting the curriculum states: “School board members asked to vote on the resolution are not shown the original draft curriculum, and not informed about the enormous outpouring of criticism it engendered or that a CDE process is well underway for the curriculum’s redesign.”

The letter adds that school board members are “led to believe that in voting for the resolution they are showing support for AB-2016 and affirming the importance of ethnic studies classes in general, rather than endorsing the highly controversial draft curriculum that was condemned by dozens of state leaders and tens of thousands of Californians.”

The curriculum could have been devised in the editorial offices of Der Stürmer. According to JNS, “the proposed curriculum section on ‘Arab American Studies Course Outline’ contains a number of passages concerning the Israeli-Palestinian conflict, such as ‘Direct Action Front for Palestine and Black Lives Matter,’ ‘Call to Boycott, Divest and Sanction Israel’ and ‘Comparative Border Studies: Palestine and Mexico.’”

As if that weren’t enough, the curriculum “also includes studying national figures such as Rep. Ilhan Omar (D-Minn.) and Rep. Rashida Tlaib (D-Mich.) [pictured together above], the late Columbia University professor Edward Said, Women’s March leader Linda Sarsour, the late radio personality Casey Kasem, actress Alia Shawkat and the late White House correspondent Helen Thomas—all of whom are associated with anti-Semitic and anti-Israel rhetoric, and in the case of the congresswomen, a push to enact legislation punishing Israel.”

Nor is this proposed curriculum remotely singular. The commitment to “multiculturalism” that has now taken over K-12 education in America has been a godsend for Muslims in particular who are anxious to use schools and textbooks not just to preach hatred of Jews and Israel, but to proselytize for Islam.  Worried about appearing insufficiently “tolerant” and “inclusive,” too many public schools and individual teachers have succumbed to an organized campaign by U.S.-based Islamic organizations and their primary benefactor, Saudi Arabia, to present a view of Islam that whitewashes its violent history and intolerant doctrines.

Combine this with the deeply-rooted Leftist bias of curriculum material, and it is no surprise that American children graduate from all too many high schools, colleges and universities hating not just Israel, but their own country and heritage. It creates a population that is rife for insurrection. What we’re seeing now is the outcome of years, indeed decades, of this hard-Left, anti-American indoctrination. When the Left took over our educational system, what other outcome did anyone expect?