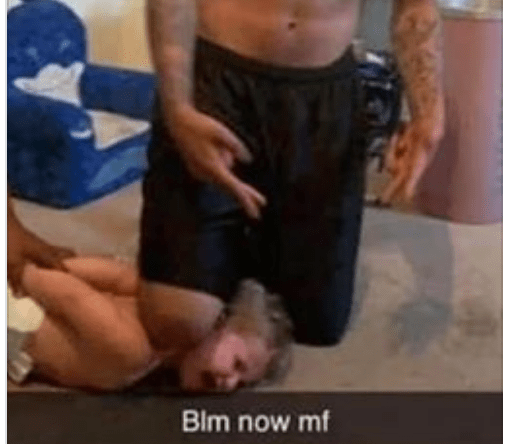 What’s it going to take to free ourselves from the destruction of the Democrats and their monsters?

UPDATE: The Clark County Sheriff’s Office in Ohio has launched an investigation over the photo.

A photograph of a black man kneeling on the neck of a white baby while a black woman holds the diapered child’s arms is stirring up a massive amount of rage on social media.

The shocking and disturbing photograph, which was captioned by the abusers as “Blm now mf” is beginning to make the rounds after being uncovered by Vincent James of Red Elephants. 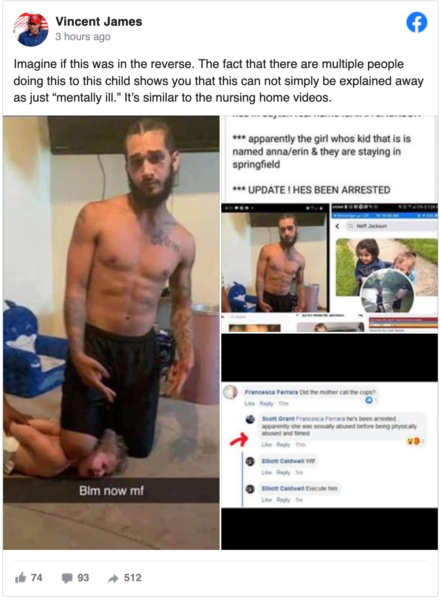 Posts on Facebook from people claiming to be familiar with the man said that his name is Isaiah Jackson and that he has been arrested in Ohio.

The man in the photograph does appear to be Jackson, based on his Facebook profile, but we have not been able to verify other allegations against him. An Isaiah Jackson was arrested on July 20 in Ohio for a probation violation.

WHIO TV 7 reports that “investigators in Clark County said they are investigating the post, however no arrests have been made and charges have not been filed.” Their report said that according to emergency scanner traffic, deputies, police, and medics were called to two different addresses Tuesday morning in Clark County as a part of the investigation.