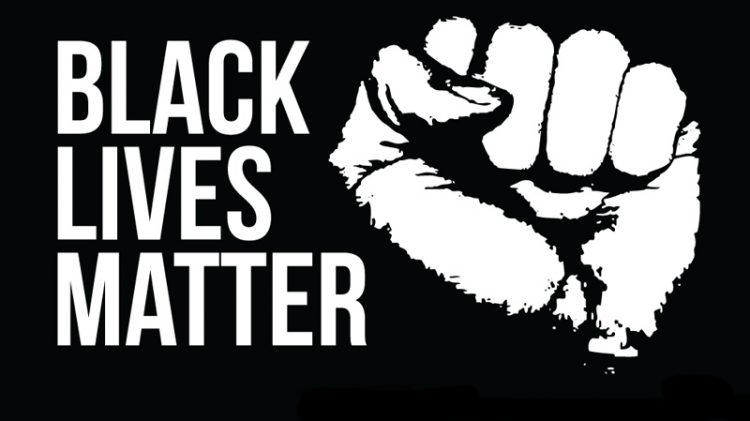 Today, we hear a lot about this Black Lives Matter ideology, but has anyone taken the time to really investigate where these so-called people came from or what their real motive is?  What is their final objective?  Is it simply to dismantle the police departments? Do they only want what Obama called for: a “Civilian Police Force”? If many of you do not remember, former President Obama had called for a “Civilian Police Force,” but one has to wonder just what does that entail? Will they be like the Nazi Brown Shirts that rounded up those who did not agree with the Nazi Party ideas? Will they just be able to issue tickets or hand out summons? Will they be able to carry firearms and, if so, will they be trained as well as our current police force is? What does Black Lives Matter have to do with obtaining these types of goals? Where did they get the power to force a determination on these questions without any input from the electorate? How does Black Lives Matter obtain the cash it needs to function in such a way that governments bow down to their demands like servants to an all-powerful Master?  Was the removal of Confederate monuments and those aligned with freedom done so we do not remember why they were placed there to begin with? Was the removal of monuments done so we do not go back to the history that makes us remember not to do that again? There are many questions about Black Lives Matter that it would take an entire essay just for the questions.  So, let’s begin explaining some answers to these question.  Remember that some of these questions may not be answered because Black Lives Matter does not want them answered.

Let us begin by looking at an article by Soeren Kern where Black Lives Matter freely expresses that it is a Marxist movement!

The very first thing we can see is that BLM quickly admits it is “Marxist” and from there, their ideas begin to show how they just do not conform or even remotely adhere to our Constitution or our way of life. Let us take a quick look at what Marxism really is.

“Marxism is a method of socioeconomic analysis that uses a materialist interpretation of historical development, better known as historical materialism, to understand class relations and social conflict as well as a dialectical perspective to view social transformation. It originates from the works of 19th-century German philosophers Karl Marx and Friedrich Engels. As Marxism has developed over time into various branches and schools of thought, there is currently no single definitive Marxist theory.[1]

Some Marxist schools of thought place greater emphasis on certain aspects of classical Marxism while rejecting or modifying other aspects. Some schools have sought to combine Marxian concepts and non-Marxian concepts which has then led to contradictory conclusions.[2] It has been argued that there is a movement toward the recognition of historical and dialectical materialism as the fundamental conceptions of all Marxist schools of thought.[3] This view is refuted by some post-Marxists such as Ernesto Laclau and Chantal Mouffe, who claim that history is not only determined by the mode of production, but also by consciousness and will.[4]

Basically, Marxism is a way to “transform” a nation into an experiment that so far has failed in several nations where it raises its evil head.  We just have to look south of our nation to Venezuela to see what Marxism is doing.

We see this clearly in the BLM ideologies where they want to transform the United States into something that is extremely different from what our founding fathers wanted it to be. If our Founding Fathers were alive today, we would have seen this evil ideology die out very fast because they would have done the same thing to the Marxists that they did to the British.

Now let’s continue to look at what BLM wants to do with our current society and we will see that what BLM wants is in deep dark contrast to what our nation was founded upon and what our Constitution represents, but BLM does not even come close to accepting our Constitution or our way of life. BLM believes that our nation is oppressing black people and if BLM were not around blacks would be no better then slaves once again. But look at what they state after freely admitting they are “Marxist.”

BLM wants to get rid of the nuclear family, police and prisons, heteronormativity, and Capitalism. Actually, they want to rid us of the roots of our society because if we do away with police and prisons, crime will run rampant.  This is clearly demonstrated by the CHAP encampment that was in Seattle that had 2 people shot and killed in their Marxist camp. However, we also just have to look most recently at New York City, where just not enforcing the law and eliminating one special force that held crime down has allowed crime and murder to skyrocket in that city with their Communist Mayor. They go on to demand that they do not have to pay rent, mortgages and utilities and even want reparations for a host of items that they want the white people to pay due to acts of slavery and most recently “racism.” Is it any wonder why they seem to be so weird and crazy? As can be seen by recent riots, they will burn down nearly anything in their way to their end goals and they even admit they are training a militia based upon their friends the Black Panthers of whom BLM has drafted language very similar and even the same to theirs in some cases.

When it comes to how they are funded, it begins with a group known as “Act Blue.”  This is where money is vacuumed up and vanishes to places not easily traced. Most of the funds go to the DNC for campaign use.

From its earliest days ActBlue was utilized extensively by the progressive blogging community, known colloquially as the “Netroots nation.” In 2006 the Daily Kos (founded by Markos Moulitsas Zuniga) and MyDD.com together raised $1.5 million for their preferred candidates through AB.[1]

Low-profile candidates with shoestring budgets quickly found that they could raise large sums of money through ActBlue, as did such luminaries as Senator Barbara Boxer (who in 2006 alone used AB to raise more than $900,000 for her leadership PAC) and Senator John Edwards (who during the lead-up to the 2007 Democratic presidential primaries raised $4.3 million of his $30 million total receipts though ActBlue). Barack Obama and Hillary Clinton likewise raised a great deal of cash by way of AB.

One of ActBlue’s chief objectives for the years ahead is to “groom the farm team” of capable Democratic candidates who can “compete everywhere, especially in places that institutional supporters have written off.”

[1] “The blogosphere was our earliest adopter, co-founder Rahn recounts. “They helped push $250,000 into federal campaigns [in the summer of 2004], and by the end of [the year] we were printing $1 million in checks out of Matt’s [DeBergalis’] living room.”

As can be seen by the above items, Act Blue is nothing less than a political fundraiser for the Democratic Party. One has to wonder why should that group be used by BLM for fundraising while it sends most of the money to Act Blue for redistribution? Is this the dark money everyone questions? Well, that will be great for a future article but for now, we just showed what this Act Blue does with the money BLM helps to obtain.

If you wonder what groups support this Marxist group, BLM, let us show you this list of organizations that support BLM and maybe you will decide to forget about doing business with them.

Leon Puissegur is a Disabled Vietnam Veteran with 3 children and 9 grandchildren. He has been married to the same wonderful lady for 43 years. He is an award-winning author and has been writing opinion pieces over the years and in just the last few years has written 4 books and a large number of articles on many sites. You can purchase his books at Amazon.