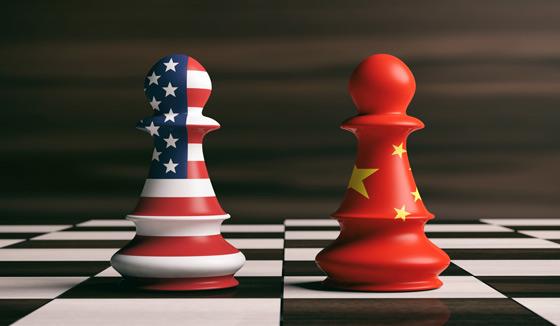 Well, the deadline has come and gone, which was Friday.  However, on Friday, it was reported that according to senior law enforcement and State Department officials, the Communist Chinese had been using their consulate in Houston, Texas to engage in espionage operations unimpeded for 10 years.

The Chinese consulate in Houston was ordered by the Trump administration to shutter its operations as of Friday, though it is unclear if China will heed this order. Communist Party officials have been caught shredding documents and other materials since the order was handed down earlier this week in what American officials say is an attempt to destroy evidence of these espionage operations.

The Houston facility is one of 25 known locations across the United States in which China installed undercover operatives to spy on the American government, U.S. businesses, and academic research institutions, according to multiple senior Trump administration officials familiar with the activities. From these outposts, Chinese officials “facilitated covert activity by instructing People’s Liberation Army (PLA) members to purposefully violate U.S. laws by making false statements on their visa applications and lying about their affiliation with the PLA,” according to information provided by the State Department. The Houston consulate served as a central base of operations and “targeted more than 50 Houston-area researchers, professors, and academics for participation in Chinese talent plans,” which enlist Americans to steal sensitive research on behalf of the Communist Party.

The Trump administration’s landmark order shuttering the Houston consulate is just one piece of a larger effort to thwart Chinese espionage operations in the United States, which officials say have gone unchecked for decades. The Trump administration is expected to take further actions, which include sanctions on officials and the arrest of hackers known to steal information on the Communist Party’s behalf.

“The PRC Consulate in Houston has directed economic espionage and other activities contrary to U.S. law not only in the city of Houston but across the entire southeastern United States,” according to the State Department. “The criminal activities directed by the PRC Consulate in Houston include: economic espionage, visa fraud, theft of commercial intellectual property for diversion to the PRC military, theft of medical research for transfer to China, falsification of official documents, and more.”

The FBI, which has been investigating China’s operations in the United States along with the State and Justice Departments, said Chinese officials stationed in America have stolen more than $1 billion in trade secrets from American companies. Officials say this just scratches the surface of China’s U.S.-based spy ring.

“I can tell you that Houston—the behavior was once again, not unlike what we’ve seen throughout the country,” a senior law enforcement source said, speaking only on background. “We have over 50 examples over the last 10 years of the Houston consulate supporting talent from members of recruitment in the area, targeting various research centers down there.”

In addition to cyber hacks, Chinese officials lured dissidents and other Communist regime critics back to China.

“The folks in Houston were very much active participants in all the various efforts of collection work that the Chinese government and the Chinese Communist Party is doing,” the law enforcement official said.

And people just forgot about Senator Dianne Feinstein’s Communist Chinese spy who worked in her office, as well as was her driver for two decades.  Whatever happened to that story?

Of course, the Chinese weren’t taking the order from the US sitting down.

In response to the State Department’s order for the Chinese to pack up and get out of Houston, The Chinese also ordered the US to close the Chengdu consulate as payback for the move.

The U.S. and China each moved rapidly Friday to shut one of the other’s consulates and evict diplomats, unprecedented steps that were followed by calls on both sides to ease rising tensions.

The tit-for-tat closures raised concerns of a protracted flare-up in the relationship between the world’s two biggest economies, even amid the move to avoid further acts of immediate escalation.

Let’s see where this gets everyone.

Tim Brown is an author and Editor at FreedomOutpost.com, SonsOfLibertyMedia.com, GunsInTheNews.com and TheWashingtonStandard.com. He is husband to his “more precious than rubies” wife, father of 10 “mighty arrows”, jack of all trades, Christian and lover of liberty. He resides in the U.S. occupied Great State of South Carolina. . Follow Tim on Twi
tter. Also check him out on Gab, Minds, MeWe, Spreely, Mumbl It and Steemit