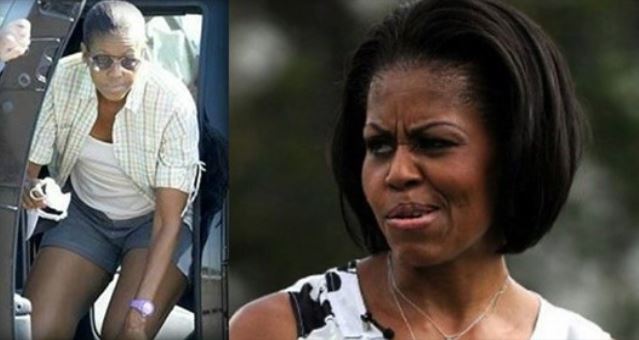 Michelle Obama came out of the closet and told a crowd of liberals that she is a sex symbol… LMAO!

In the video below, Moochelle tells the crowd about her struggles growing up as a black woman. She bitched about sexism and racism and all the other garbage these scumbags complain about.

She bitched about growing up and being objectified and said that she was something of a sex symbol because she was often cat called and whistled at by people.

“Teachers didn’t think I was smart enough, and would call on the boys instead of the girls – even though the girls had better grades. People thought a girl shouldn’t have ambition, and they would ask my brother what career he planned to have but would ask me what kind of man I wanted to marry,” Obama said in the speech.

“As I got older, I found that men would whistle at me or make comments about how I looked as I walked down the street. As if my body were their property. As if I were an object to be commented on instead of a full human being with thoughts and feelings of my own.”

Many viewers expressed disbelief that the former First Lady implied that she was something of a sex symbol.

“If there had not been a video with her actually saying this I wouldn’t have believed she could have that big an ego. Is there no end to this woman’s huge self-importance? Obviously she had this ego before becoming the First Lady and it has only grown exponentially. Time for her to take her final bow and leave the limelight,” one person commented.

Shhhhhh!!!! BigFoot is giving a speech!

And then she woke up.

you’re so full of shit Mooch. And so glad you don’t have to live in that house “built by slaves” anymore. You and Barry keep your shit up with Trump too, maybe both you assholes will be living in a federal house built by tax-payers.

In your dreams Moochelle!

Okay, here’s the pathetic video. I apologize for the quality but YouLib keeps taking it down for some reason.

What a pile of crap she is.

Thank God those days are just a distant foul nightmare.

Also join us at MUMBLIT and Parler!