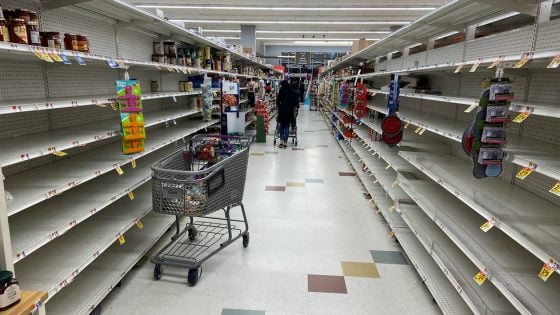 In order to make this scamdemic as painful as possible, those who are desperately clinging to power have made aluminum cans in short supply. And best of all, they are blaming the public for these shortages they obviously caused.

The articles are all hitting at beer, however, many trying to store food for the upcoming “dark winter” we’ve been warned about are storing canned foods because they were available at the grocery store. According to Business Insider, the coronavirus caused the shortage.  Actually, the ruling class and those who obeyed their draconian edicts for a minor virus caused the food shortages. Thanks to coronavirus-related regulations, beer that usually would have been consumed on-premise at bars, restaurants, and breweries is now being packaged to be consumed at home.

Even if beer is not your thing, preparedness should be, and this is going to affect the availability of canned meats, fruits, vegetables, beans, and soup. All things that preppers suggest you stock up on. My suggestion is to stock up now on what you can. I’ve noticed a canned soup shortage locally, but there are plenty of vegetables and beans, and you could make your own soup out of those.

CNN Business reported that can shortages have led beer producers including Molson Coors, Brooklyn Brewery, and Karl Strauss to decrease the production of certain brands and instead focus on their best-selling brews. Analysts Robert Ottenstein and Eric Serotta wrote a research note published last week and warned about “rampant and unprecedented” stock shortages.

If you’ve been paying attention, you knew they’d hit the food supply from as many angles as possible. Not only have the closures of meat processing plants contributed to the shortage, but the fake meat industry is surging forward as planned. Watch for rising prices, as inflation is upon us and the dollar continues its crash.

The time to prepare is, unfortunately, running short. If you don’t have 6 months of food and water ready for this winter, it may be too late.  It’s hard to say how long the ruling class will drag this disaster out, but don’t look for the election to resolve anything. You are going to need to rely on yourself. No one is coming to save you, and I have a feeling they aren’t done punishing the sheeple just yet.