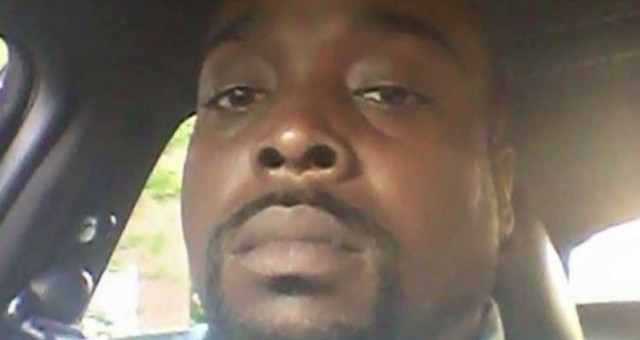 BOSTON – A Boston man was charged today with assaulting officers with a firearm during the civil disorder in Boston early in the morning of June 1, 2020.

John Boampong, 37, was charged by criminal complaint with one count each of assaulting a federal officer, interfering with a law enforcement officer during the commission of a civil disorder, and being a prohibited person under felony indictment in possession of a firearm and ammunition. Boampong is currently detained in state court and will make an initial appearance in federal court in Boston at a later date.

“The charges in this case – which involve someone legally barred from having a gun indiscriminately firing 11 rounds at a crowd of officers and civilians – are a good reminder of a simple rule: Protests, even disruptive ones, are legal. Destroying property and endangering lives is not. We will enforce that rule. This is also today’s reminder that what police officers really do every day is put themselves at risk to protect our communities,” said United State Attorney Andrew E. Lelling. “My thanks to the Boston Police for their professionalism, restraint and sacrifices during the recent period of unrest.”

“Shooting toward police officers who are there for no other reason than to protect the public is appalling, and it’s against the law. So is illegally carrying a loaded handgun. But we believe that’s exactly what John Boampong is alleged to have done. He incited panic, putting everyone—including civilians—in danger,” said Joseph R. Bonavolonta, Special Agent in Charge of the FBI Boston Division. “Today’s charges should send a clear message: there will be serious consequences for violent instigators who are exploiting legitimate, peaceful protests and engaging in violations of federal law.”

“On May 31, 2020, while people were expressing their First Amendment rights, others unfortunately turned to violence directed toward our city, its residents, and my officers,” said Boston Police Commissioner William Gross. “I’m pleased to work in partnership with the Federal Bureau of Investigations and the United States Attorney’s Office bringing federal charges against John Boampong. This sends a clear message that people committing violent crime in our city, against our residents, and my officers, will not be tolerated.”

“On June 3, 2020, my office charged Mr. Boampong with 21 counts of armed assault with intent to murder. Since that day, he has been removed from the community pursuant to a dangerousness hearing initiated by the Suffolk County DA’s Office,” said DA Rachael Rollins. “Mr. Boampong’s behavior was egregious, violent and unacceptable and he will be held accountable. Any opportunity to work in collaboration with our federal partners to keep Suffolk County residents and the members of law enforcement that are sworn to protect and serve us, is welcomed by my office.”

According to court documents, on the evening of May 31, 2020 and continuing through the morning of June 1, 2020, what began as a peaceful demonstration in Boston’s Back Bay neighborhood devolved into widespread acts of violence, vandalism, looting and destruction of police property, including the burning of at least one police vehicle on Tremont Street. Some protestors threw rocks, bricks and commercially-available explosives, such as M-80s, at police officers. Numerous police officers were injured.

It is alleged that, on June 1, 2020 at approximately 3:00 am, Boampong was driving his car near the Arlington Street and Boylston Street intersection in front of a store that had been victimized by looting that evening. Police officers instructed Boampong and his passengers to leave the area. The occupants of Boampong’s car initially became verbally combative towards the officers and failed to leave the area as instructed. When Boampong reversed the car, officers told him to stop, as officers and another vehicle were in the way. Boampong kept driving in reverse until one officer knocked with his baton on Boampong’s car to get his attention.

Boampong then drove away, but soon returned to the area, parked on Providence Street, and allegedly shot at least 11 times toward officers, including a deputized federal officer. The officers took cover by bracing or ducking behind cars and others objects. Bullets broke through the windows of two apartments above ground level in a building behind some of the officers.

When officers eventually stopped Boampong’s car, they saw a Sig Sauer P230 9mm firearm lying on the floor of the front passenger-side floor mat, and a black holster underneath the driver’s seat, where Boampong had been sitting. The firearm was recovered, examined and revealed to have Boampong’s fingerprint on it.

At the time, Boampong was prohibited from possessing a firearm or ammunition because he faced pending state charges carrying potential sentences exceeding one year.

The charge of assaulting federal officers provides for a sentence of up to 20 years in prison, three years of supervised release and a fine of $250,000.

The charges of interfering with law enforcement officers during a civil disorder and being a prohibited person in receipt of a firearm or ammunition provide for a sentence of up to five years in prison, three years of supervised release and a fine of $250,000. Sentences are imposed by a federal district court judge based upon the U.S. Sentencing Guidelines and other statutory factors.

The details contained in the complaint are allegations. The defendant is presumed innocent unless and until proven guilty beyond a reasonable doubt in a court of law.