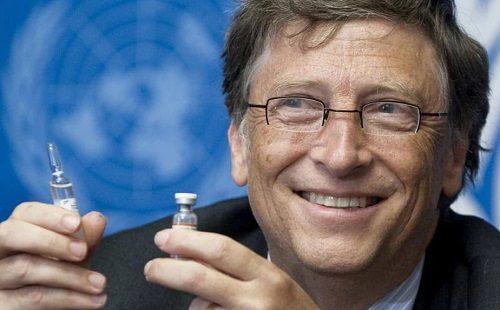 Over the past two decades, Bill Gates has invested $10 billion into vaccines.  He wasn’t just doing it because he loves people.  He was doing it because it had a great return, a 20 to 1 return actually.  Gates admitted this on live television during a CNBC interview.  Sounds a lot like a conflict of interest going on, don’t you think?

While You & I Get Poorer In The US, Super Rich See Exponential Jump Of $282 Billion In Just 3 Weeks Due To Scam-Demic

The host noted that Gates had invested $10 billion in vaccines over the past two decades and Gates affirmed that with a nod of his head.

The host was stunned when she “did the math” on the return on his investment.

“Over a 20 to 1 return,” Gates said.  “So, if you look at the economic benefits, that’s a pretty strong number compared to anything else.”

The host then followed up by pointing out that is Gates had put that money into the S&P 500 and reinvested the dividends, he would have $17 billion.

However, in this scenario, Gates is looking to recoup $200 billion!

And boy is he pushing the propaganda and the false narrative about the coronavirus and going back to normal.

No one elected Bill Gates to represent the people and I say, if a guy couldn’t even stop viruses from getting into his Windows product, what business does he have talking to us about the health of our own bodies?  None.