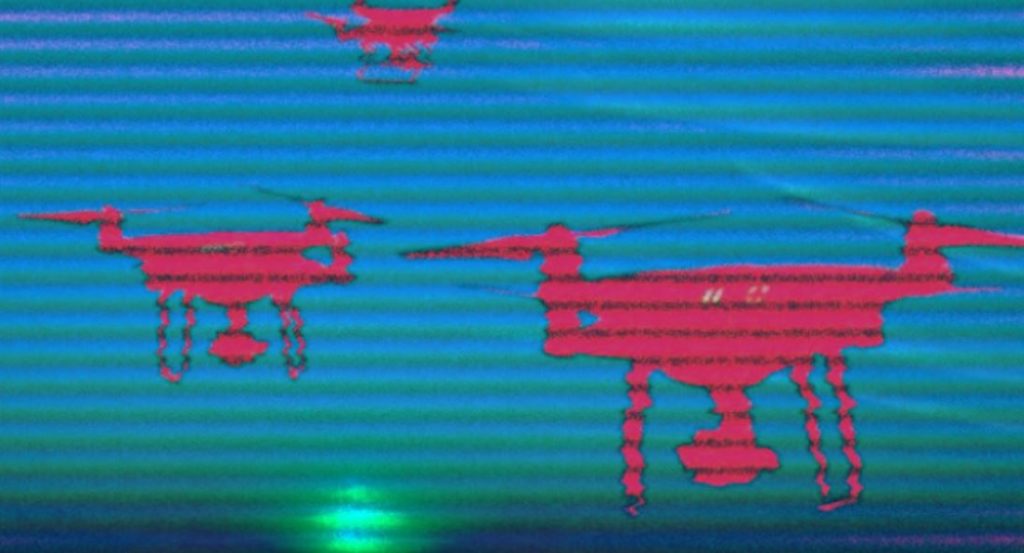 A mysterious incident related to a serious breach of secure airspace over America’s largest nuclear power plant has been unearthed through Freedom of Information Act documents gained from the government.

A tiny armada of between four and six unmarked drones flew over the Palo Verde Generating Station nuclear power plant in Arizona on the nights of September 29 and 30, 2019, with plant security proving unable to stop them and authorities still uncertain who was operating them or why.

The documents conclude that it’s still as yet unknown who or what entity sent them or who was operating them during the illegal incursion.

“Documents gained under the Freedom of Information Act show how a number of small drones flew around a restricted area at Palo Verde Nuclear Power Plant on two successive nights last September,” Forbes writes further. “Security forces watched, but were apparently helpless to act as the drones carried out their incursions before disappearing into the night. Details of the event gives some clues as to just what they were doing, but who sent them remains a mystery.”

The FOIA documents underscore the incident was confusing and chaotic for security on the ground, as the security logs suggest:

Officer noticed several drones (5 or 6) flying over the site. The drones are circling the 3 unit site inside and outside the Protected Area. The drones have flashing red and white rights and are estimated to be 200 to 300 hundred feet above the site. It was reported the drones had spotlights on while approaching the site that they turned off when they entered the Security Owner Controlled Area. Drones were first noticed at 2050 MST and are still over the site as of 2147 MST. Security Posture was normal, which was changed to elevated when the drones were noticed. The Licensee notified one of the NRC resident inspectors.

And on a subsequent night, the logs indicate:

Four (4) drones were observed flying beginning at 2051 MST [on Sept. 30, 2019] and continuing through the time of this report (2113 MST). As occurred last night, the drones are flying in, through, and around the owner controlled area, the security owner controlled area, and the protected area. Also, as last night, the drones are described as large with red and white flashing lights. Spotlights have not been noted tonight.

The licensee has not changed their security posture. The licensee continues to monitor the drones.

As of 0355 EDT, no drones have been observed at the site since before 0020 MST. LLEA [local law enforcement agency] surveyed the area and were unable to locate drones on the ground or anyone controlling the drones.

Guards at the high-security facility were without any ability to deter the drones overhead.  Subsequent media reports in the wake of the internal security memos going public say that county police were deployed to scour the area for the drone operator or operators but to no avail.

The whole unsolved incident highlights that it appears America’s network of nuclear power sites essentially remain defenseless when it comes to drone incursions.

It appears that at least at the Palo Verde site, the facility was not equipped with drone detection gear or jamming technology which could have disabled the drones. However, the sprawling facility is reportedly due to receive drone and small aircraft detection gear, but it’s unknown whether other sensitive facilities are also due for a security upgrade.