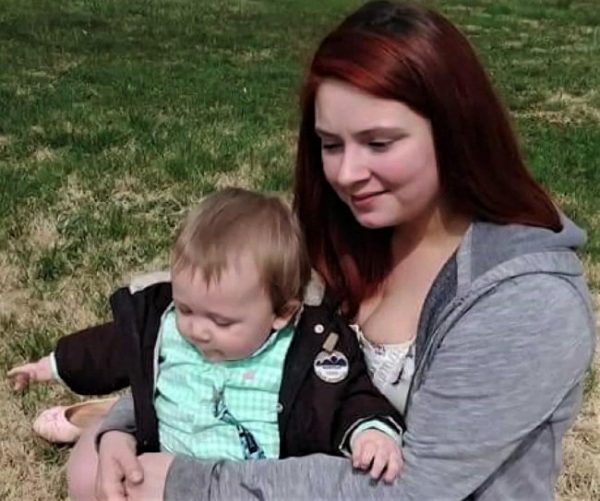 PK NOTE: Their Lives Matter Too. It’s a book you must pick up. Names you’ve never encountered, stories you’ve never read about, all for one, unmentionable reason: black on white murder. We were never supposed to notice what’s happening. We were never supposed to catalogue the names and tell their stories. But we did. But we have. Their Lives Matter Too.

Her name is Jessica Whitaker.

She dared say All Lives Matter, in a world where such a claim is an unforgivable sin. [Indiana woman shot dead after saying ‘all lives matter’: family, NY Daily News, July 13, 2020]:

A young mother was fatally shot earlier this month in Indiana and may have been targeted for saying “all lives matter,” the 24-year-old’s family said Sunday.

Jessica Doty Whitaker and three friends were hanging out along the Indianapolis Canal Walk at about 3 a.m. on July 5, WXIN-TV reported.

They argued with another group after one of the people Whitaker was with used a racial slur, her bereaved fiancé, Jose Ramirez, told WXIN.A racially charged confrontation ensued with the other group, during which the suspect’s group shouted, “Black Lives Matter,” and someone in Whitaker’s group — possibly her — said, “all lives matter,” Ramirez said.Guns were whipped out, and both sides, seeing that all were armed, backed off, he said.

“It was squashed, and they went up the hill and left, we thought, but they were sitting on St. Clair waiting for us to come under the bridge, and that’s when she got shot,” Ramirez told WXIN.

He fired off a shot in return, but didn’t hit anyone, he said.“I was actually holding her when it happened,” Ramirez told WTHR-TV. “She just fell. I turned around, and I opened fire too. But that’s just a reaction.”Whitaker, a home health nurse who WTHR said was on the verge of going back to school and getting married, leaves behind a 3-year-old son as well as her fiancé, mother and numerous other family members.The shooting was the third in a week in the same area, WTHR reported.Her bereaved family is left picking up the pieces — and vowing to keep Whitaker in her son’s heart forever.

“I’m never going to get to hold her again,” her mom, Arlena Doty, told WTHR. “I just want the people who are responsible to be held accountable.”

White people are supposed to fall to their knees and meekly proclaim “Black Lives Matter,” while a white mother is gunned down, murdered, for daring to say, “All Lives Matter.”

The time to stand against evil is now.

Their Lives Matter Too