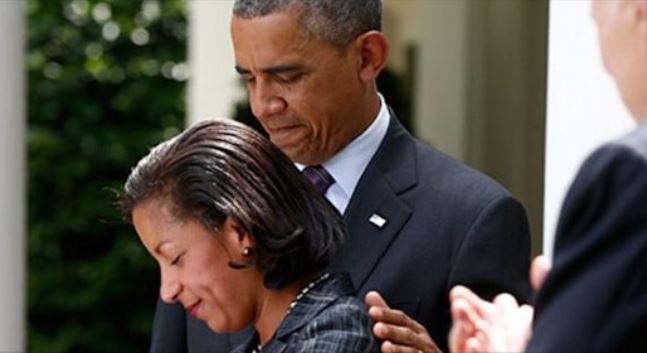 I’ll start this article by praising Tom Fitton and the crew at Judicial Watch which has been the leader of exposing the corruption of the Obama administration as well as tons of other scandals and we are huge supporters of these great patriots.

Obama and the lamestream media claim that Obama’s presidency was scandal free.”

Give me a freaking break- Obama was so corrupt it’s insane.

We have reported on hundred of scandals so we won’t go there at this point.

We will report the latest report on the Obama corruption which was just released.

We are talking about a huge bombshell here folks and if it wasn’t pursued by Judicial Watch then no one would even know about it- certainly the leftist propaganda press won’t report this so we will and encourage you to share this all over social media.

Okay, fasten your seat belts patriots because this is huge:

The records were produced in response to a Judicial Watch 2016 Freedom of Information Act (FOIA) lawsuit (Judicial Watch v. U.S. Department of Justice (No. 1:16-cv-02046)). Judicial Watch filed the lawsuit after the Justice Department failed to comply with a July 7, 2016, FOIA request for records of the Federal Bureau of Investigation’s investigation of former Secretary of State Hillary Clinton’s use of a private email server during her tenure.

Broader plan is IC [intelligence community] acknowledgement of an evolving assessment of what took place, which happens to be true (unlike just about everything else we’ve seen reported on Benghazi.)

Further along in the email thread, an official whose name is redacted, says, “Everyone know [sic] Susan [in her TV appearances] was using not just IC approved guidance, but IC created.”

Additionally, Rhodes says to Sullivan and other redacted officials:

At least you’re only a liar. Could be worse – we’re liars and also allegedly leakers. So you’ve got that going for you, which is something.

A redacted official replies to Sullivan: “I prefer that we go by henchmen. Has more of a Marvel comic sinisterness to it. There should be a cable show where all the guests, and the anchor, have to wear polygraphs. Or, when there’s a dispute between source, the aggrieved parties take a poly, with some neutral third party rendering judgment. The Biggest Liar.”

Rhodes says to Sullivan: “I’d like to go on television and tell everybody what I think…. Look at it this way. I[t] could be worse. You could be a career bureaucrat whose greatest thrill in life is leaking half-truths, self-justifications and outright lies to the likes of Eli Lake, Kim Dozier, and whoever picks up the phone at Fox News.”

Judicial Watch previously uncovered that on September 14 Rhodes and other Obama administration officials were attempting to orchestrate a campaign to “reinforce” President Obama and to portray the Benghazi consulate terrorist attack as being “rooted in an Internet video, and not a failure of policy.” Also included were numerous emails sent during the assault on the Benghazi diplomatic facility. The contemporaneous and dramatic emails describe the assault as an “attack:”

As reported, the Benghazi compound came under attack and it took a bit of time for the ‘Annex’ colleagues and Libyan February 17 brigade to secure it. One of our colleagues was killed – IMO Sean Smith. Amb Chris Stevens, who was visiting Benghazi this week is missing.  U.S. and Libyan colleagues are looking for him…

At 8:51 pm, Pelofsky tells Rice and others that “Post received a call from a person using an [sic] RSO phone that Chris was given saying the caller was with a person matching Chris’s description at a hospital and that he was alive and well.  Of course, if he were alive and well, one could ask why he didn’t make the call himself.”

Later that evening, Pelofsky emailed Rice that he was “very, very worried.  In particular that he [Stevens] is either dead or this was a concerted effort to kidnap him.”  Rice replied, “God forbid.”

The new records show a December 2, 2015, communication from NASA Regional Counterintelligence Director Arthur Payton to the FBI Counterintelligence Division in which Payton returns a review of evidence obtained in the course of the FBI investigation of Clinton’s email server, specifically, a “classification and determination review.” The contents of the classification review and determination were not included among the records released.

In an April 20, 2016, memorandum from Robert Zanger, of DOJ’s Office of Records Management and Policy, to Peter Strzok memorializing an earlier request by Strzok, Zanger indicates that Strzok had requested that DOJ produce “‘all electronic and transactional records between any @clintonemail.com email account’ and thirty-nine (39) specified DOJ email accounts …’” Strzok also asked the DOJ for a “general, or gateway, search of its [DOJ’s] systems for any other electronic and transactional records involving the identified external e-mail domain [@clintonemail.com].” The April 20 memo indicates DOJ complied with the request, saying, “JMD  [Justice Management Division] searched for any appearance of the @clintonemail.com domain in the electronic information (including emails and documents) of current and departed named custodians from the components for which JMD maintains electronic information. JMD located a small number of documents, but no email between the @clintonemail.com domain and any named custodian.” The memo notes that JMD had other DOJ components search their records too, and that:

In a January 28, 2016, memo from Peter Strzok to the Counterespionage Group at the CIA, Strzok says that – due to a Section 811(c) referral under the Intelligence Authorization Act from the Intelligence Community Inspector General relating to the unauthorized release of classified information – the FBI is requesting a copy of a document, the title of which is redacted. Strzok notes that, “The assessment was provided to the Office of the Director of National Intelligence (ODNI), the National Security Council (NSC) and to the Department of State (DoS) in, or around, October of 2009.”

In connection with an apparent response to the above “Request for Records,” an FBI memo dated June 27, 2016, indicates that the CIA provided the document sought. The synopsis of the memo reads: “CIA response to FBI LHM [Letterhead Memo] dated January 28, 2016 regarding a document request.” The memo further notes: “[redacted] document attached to CIOL [apparently referring to a Counterintelligence Operations Letter].”

“Joking about being called ‘liars’ after being caught lying about the Benghazi terrorist attack says a lot about the Obama-Clinton team’s contempt for the rule of law and those four innocent Americans murdered in Libya September 11, 2012,” stated Judicial Watch President Tom Fitton. “The documents also show that Ben Rhodes, the Obama White House official who created the false story for Susan Rice to use on Benghazi, was planning to orchestrate again an ‘evolving’ explanation about the Benghazi attack by the Intelligence Community in time for then-President Obama’s reelection.”

Corrupt as all hell.

12 Facts about vaccines that your doctor isn’t telling you