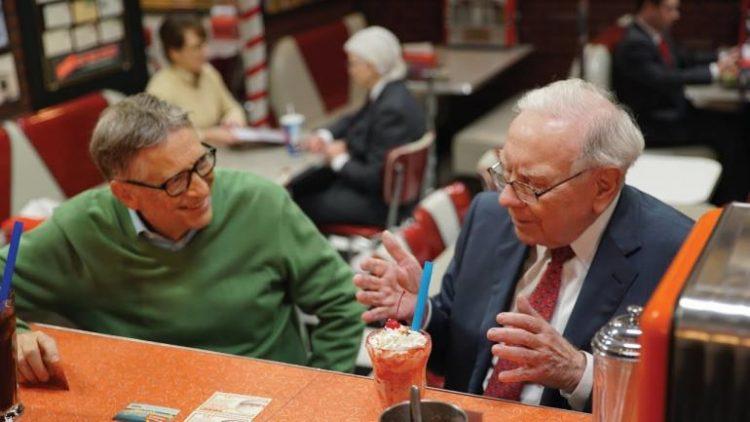 Ever wonder how some of the elites continue to grow richer through “charitable donations”?  A new study reveals that some are doing so, and they are doing it at your expense through fascism.

Raul Diego has the story at MintPress News.

As the assets of the billionaire class in the US swell to $3.5 trillion amid the pandemic, a new study of philanthropic giving reveals that many of America’s wealthiest are using charitable donations to stay rich and get richer.

A study released by the Institute for Policy Studies (IPS) through its Program on Inequality and the Common Good, titled “Gilded Giving 2020: How Wealth Inequality Distorts Philanthropy and Imperils Democracy” examines the reality behind the ostensible charitableness of the billionaire donor class and the disturbing trend of charitable organizations and foundations relying more and more on fewer and fewer wealthy donors; funds which “end up in family foundations and donor-advised funds that could legally exist in perpetuity,” while donations from lower and middle-income sources are disappearing.

In particular, the paper looks at The Giving Pledge initiative started in 2010 by a few dozen U.S. billionaires and led by Bill Gates and Warren Buffet. The professed goal of the initiative was to have the wealthiest people in the world pledge to give at least half of their fortunes away to charitable causes before their death. The study found that contrary to the stated purpose of the philanthropic commitment of the organization, a full 75 percent of participants have actually increased their net worth in the ten years since they made their charitable vow.

More concerning is the finding that a growing share of “high-end” donations never ends up in organizations that do any kind of altruistic work. Rather, they go to tax-privileged private foundations designed to serve as tax shelters for the very wealthy, which then only disburse a small percentage of their assets to charitable non-profits; a particularly galling fact considering how much more wealthy the one-percenters have gotten over the course of the pandemic in contrast to the 54 million Americans who’ve filed for unemployment in that same span of time.

Among its key findings, the study notes that giving intermediaries like donor-advised funds (DAFs) like Fidelity Charitable Gift Fund (the largest in the country), and private foundations have grown dramatically over the last few years, with assets ballooning 118 percent between 2005 and 2019. The number of private foundations has multiplied as well by a whopping 68 percent over the same period.

In addition, IPS found that there has been a “marked increase in mega-gifting,” or donations of $50 million or more. The trend highlights one of the main risks identified by the study, characterized in the paper as “Top-Heavy Philanthropy,” which “poses significant implications for the practice of fundraising, the role of the independent nonprofit sector, and the health of our larger democratic civil society.”

These risks associated with top-heavy philanthropy are clearly illustrated in their case study of the Gates/Buffet Giving Pledge, exposing it as a vehicle for the “concentration of taxpayer-subsidized private charitable power.” In other words, the majority of donations given to the organization end up “sequestered” in private foundations and DAFs, guaranteeing that donors and their heirs will retain control over the very assets they ostensibly donated to the greater good.

Remarkably, the study found that a vast majority of the foundation’s 62 billionaire pledgers substantially increased their wealth in the span of the ten years since their initial donations. Only 11 saw their fortunes dwindle due to “aggressive charitable giving” or market conditions. Nine of the mega-wealthy donors saw their collective riches swell by an average of 200 percent. Among the charmed list, Mark Zuckerberg saw the largest surge by an outlandish 1,783 percent.

The significance for U.S. taxpayers of these and other factors analyzed are revealed by a hypothetical calculation made by researchers regarding the tax-subsidy, which DAF-parked donations represent for the average American. According to July survey by Forbes magazine, U.S. billionaires currently hold $971.9 billion in assets; if the top 100 gave away half their wealth to foundations like these, the U.S. Treasury would lose roughly $360 billion in tax revenue.

While researchers admit that it is difficult to determine the “exact amount of taxpayer subsidies for these donations,” the reality is that the wealthiest among us are using these foundations to reduce their “taxable estates” by millions and even billions of dollars, while the resources that actually make it to organizations doing charitable work dwindles. Such a state of affairs combined with the economic recession unfolding as a result of the pandemic and tax-breaks for the rich poses serious challenges to charities, in general.

The Tax Cuts and Jobs Act (TCJA) passed in 2018 drastically reduced income tax rates for top earners and doubled the standard deduction, both of which reduced incentives for charitable giving. Meanwhile, non-profit charitable organizations whose mission does not fall into the sectors related to the pandemic, itself, are suffering financially resulting in program cutbacks for 64 percent of these, according to an April survey by Charity Navigator and Reuters.

In February 2020, the Chronicle of Philanthropy published a list of the top 50 philanthropists in the United States. 42 percent of those contributions, which totaled $15.8 billion, went to DAFs. Most of these were to the donors’ own private funds and nearly 30 percent went to colleges and universities, leaving actual charitable causes very low in the philanthropic totem pole.