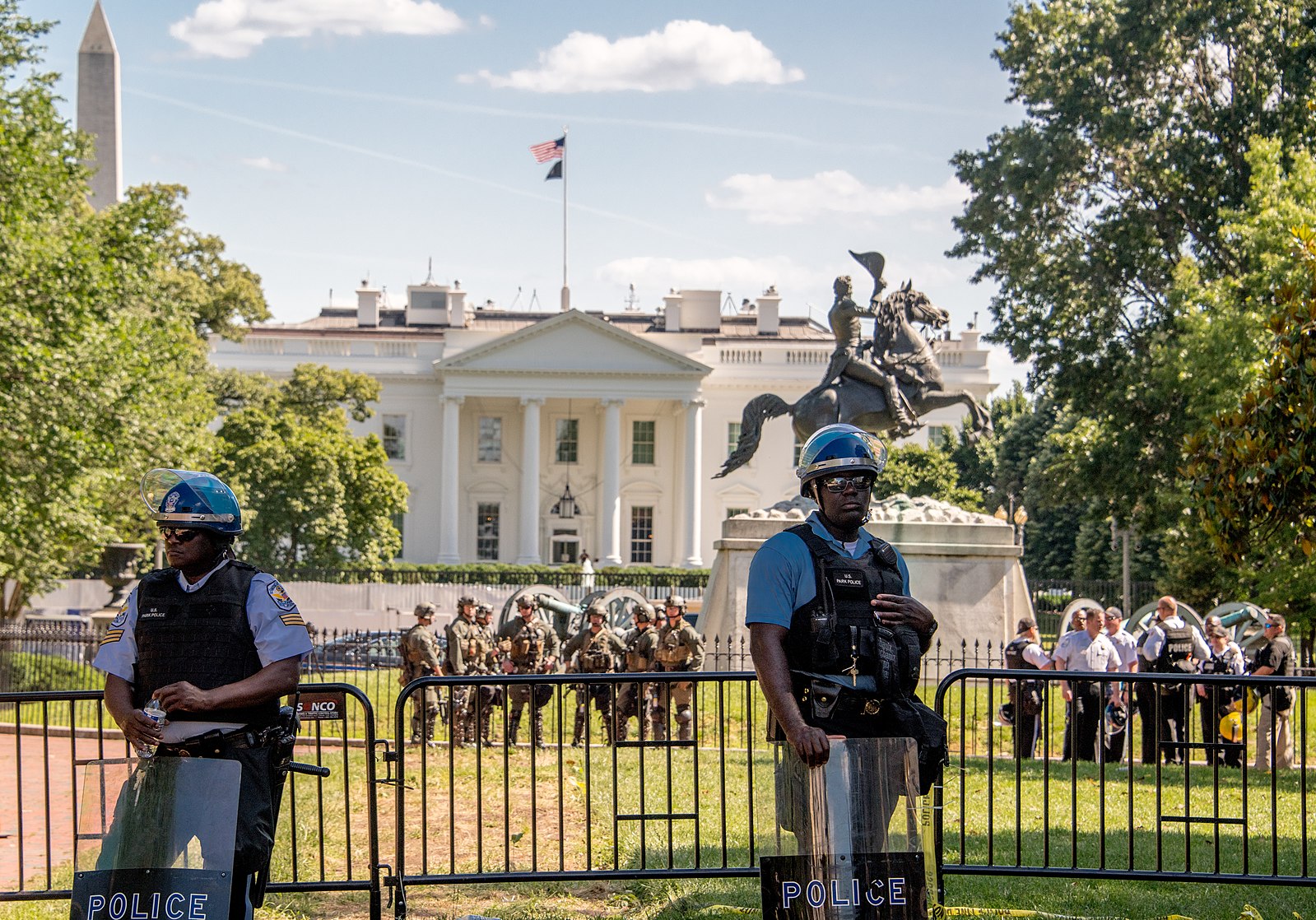 In 2020, it seems like each new day brings more headlines about chaos on the streets of America, and on Monday that included violence right outside the gates of the White House.  It is being reported that there was “an active shooter near the White House”, and we are being told that the Secret Service shot a “male suspect” and that the “male suspect” had been transported to the hospital.  I am sure that we will learn more about this incident in the days ahead, and we should be thankful that the Secret Service was able to easily handle this situation.  But there are reports that a group of protesters plans to “lay siege” to the White House in the weeks leading up to the election, and so officials will undoubtedly have their hands full as we draw closer to November.

Meanwhile, we just witnessed five hours of rioting, looting and violence in Chicago.  Some rioters exchanged gunfire with police, and ultimately a decision was made to raise bridges going into the city in order to contain the violence…

Videos that were circulating on social media captured the early morning scenes of hundreds of people in the streets, dozens of police officers, looting and confrontations with the police. There was also an exchange of gunfire with the police in the downtown, according to a police spokesman, Tom Ahren. He said on Twitter early Monday that there were “shots fired at police who returned fire,” and that no officers were injured.”

In the past, a night of chaos like that would have been the top headline in the country for days, but now it is “just another riot” which will soon fade from memory.

These days, it takes quite a bit to shock us, and what happened at a “Back the Blue” rally in Fort Collins, Colorado on Saturday did shock many of us.  A group of leftists decided to confront the protesters that were supporting the police, and that confrontation ultimately degenerated into a full-out brawl…

Video shot during the event captured the moment tensions between the two groups boiled over as a group of men who apparently attended the rally approached a group of counter-protests dressed in black.

As the two groups approached a ditch, a fight broke out among the groups with people scuffling on the ground, punching each other, and spewing obscenities.

A lot of people celebrated that brawl, but the truth is that it should make us all very sad.

Is this what the future holds for our nation?  A house divided against itself will surely fall, and right now the U.S. is very, very deeply divided.

Every single night there is more violence, and the entire world is watching.  In Portland, rioting has been a nightly occurrence for two and a half months straight, and President Trump wants the National Guard to be called out…

Portland, which is out of control, should finally, after almost 3 months, bring in the National Guard. The Mayor and Governor are putting people’s lives at risk. They will be held responsible. The Guard is ready to act immediately. The Courthouse is secured by Homeland!

Ultimately it will be up to the governor of Oregon whether the National Guard is deployed or not, and it appears to be doubtful that it will happen any time soon.

Further north, law and order desperately needs to be restored in Seattle as well, because rioters continue to turn the downtown area into a war zone…

Riots broke out in Seattle on Sunday evening ahead of an expected city council vote to defund the police, according to videos on social media.

Video by @BGOnTheScene showed Antifa protesters attacking an Amazon store. Journalist Andy Ngo, who tweeted the video, said the protesters had been using sledgehammers and have been rioting for hours, smashing businesses in and around Capitol Hill.

I didn’t think that we would still be seeing this much violence here in August, and now that we are getting close to the election there is a strong possibility that a new wave of chaos could erupt in cities all over America at any time.

Of course if President Trump wins in November of if the outcome is very closely contested, that will only add fuel to the fire.

For years I had been warning that anger and frustration were building to exceedingly dangerous levels in this country, and now we are reaping what the mainstream media and many of our political leaders have sown.

Sadly, what we have experienced so far is just the tip of the iceberg, because much worse civil unrest is still on the horizon.

So it makes sense why so many people are wanting to move away from the big cities at this point.

The other day I wrote an article about the hundreds of thousands of wealthy New Yorkers that have already fled NYC, and now we are being told that moving companies “remain inundated with requests from people leaving New York City”…

Even as the number of confirmed coronavirus cases has leveled off in recent weeks, moving companies say they remain inundated with requests from people leaving New York City.

Big Apple-based moving company Oz Moving, for example, told FOX Business that the volume of moves continues to rise at a “substantial rate” – in addition to a “drastic” spike in storage compared with years prior.

On the west coast, Joe Rogan says that there is “a mass exodus” out of the state of California, and he recently decided to flee the state himself.

Of course all of this movement is rapidly driving up property values in desirable rural communities all over the nation, and this is going to make it more difficult for those with more limited financial resources to relocate.

If you are among those that are considering fleeing the major cities, I would encourage you to make your decision quickly.  Things are only going to get crazier in the months ahead, and the longer you wait the more difficult relocating will become.