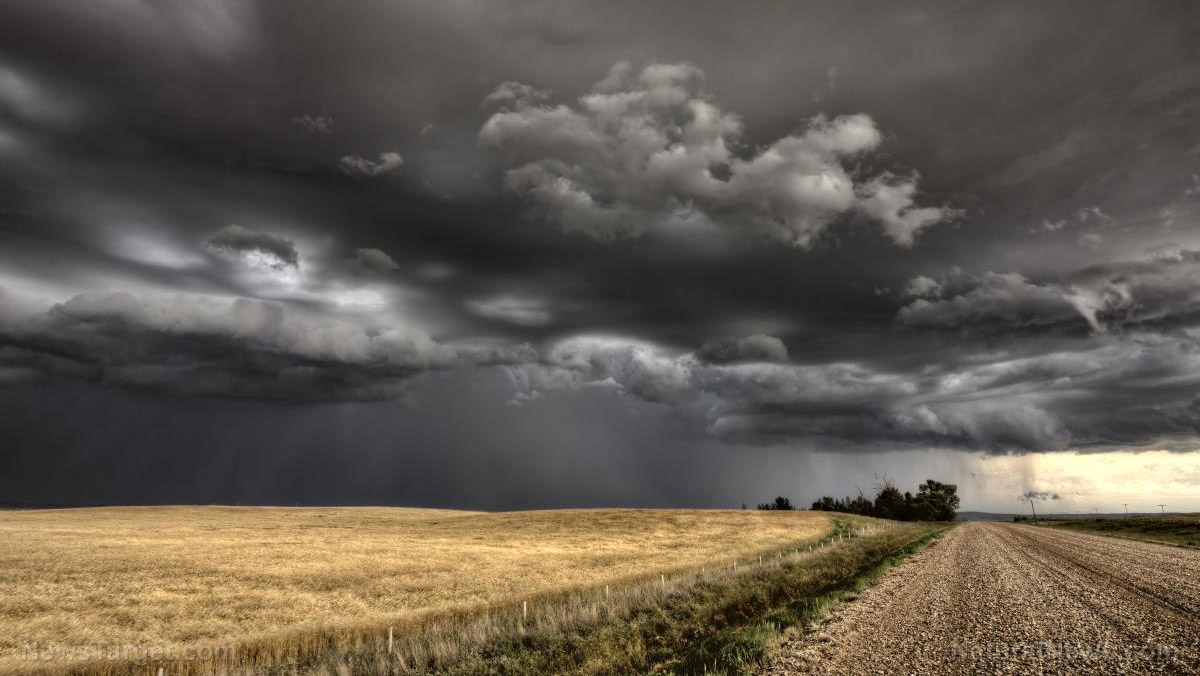 (Natural News) As the clown circus of American politics continues to dominate the headlines, hundreds of thousands of Midwesterners are without power, and at least 10 million acres of food crops in Iowa alone have been destroyed, thanks to the devastation caused by the “Great Derecho.”

This massive storm, which swept across Iowa and Illinois before tearing into Indiana and Ohio, was described as an inland hurricane due its heavy winds, which brought massive destruction to America’s heartland.

Crop fields, irrigation equipment, and grain silos were completely flattened in many areas, leaving behind a wasteland of food that could have been, but will now not be, according to Christian from the Ice Age Farmer podcast.

“There’s a global food shortage and we have no strategic grain reserves,” Christian warns. “The USDA often refers to on-farm storage as that, but that’s what we’ve just seen millions of those bushels getting trashed today as they were knocked over, so this is a big blow.”

In Cedar Rapids, Iowa, wind gusts were clocked at upwards of 112 mph, which when all was said and done left 330,000 Iowans without power. Across the Midwest, some 600,000 households are now without power, with potentially more on the way as the storm continues on its course.

According to Iowa Gov. Kim Reynolds, at least one-third of Iowa’s crops were destroyed by the storm, which amounts to about 10 million acres. Tens of millions of bushels of grain stored at co-ops and in farm silos were also damaged or destroyed as the winds blew them to pieces.

Communist China is also losing crops due to drought, floods, and pestilence

More than an 800-mile stretch of U.S. land was battered, bruised and, in some cases, completely destroyed by this storm, the full damage from which is still being assessed. Meanwhile, communist China is dealing with much the same thing, as record flooding, droughts and pestilence are destroying many of its crops.

Rains in China’s rice-growing regions have been so intense as of late that the infamous Three Gorges Dam was recently observed to be buckling. While the Chinese Communist Party claims that the structure is safe and secure, many observing experts are not so sure, as it appears to be on the verge of collapsing.

In other areas of China, the opposite is occurring as extreme drought conditions kill off wheat, corn and other crops. This is in addition to the locust swarms that are still ravaging many areas of China in what appears to be a Biblical-level plague situation.

According to Christian, this is all happening at once as part of a global takeover agenda that involves breaking down food systems, and thus food supplies. This would seem to imply that some of these weather events in particular are being artificially generated, though Christian does not delve into that in this particular episode of his show.

“And I’ll be covering a report soon on just who’s doing the free testing for farm workers, the ‘Core Group’ by Sean Penn and their deep connections to Google, Alphabet, Project Baselines, Johns Hopkins, and the rest of the medical-pharmaceutical” cartel, Christian explains about what future episodes will discuss.

“It’s all linked together and it’s these same media companies and activists and Big Tech companies that are all linking to shut down food production and take over our rights.”

What appears to have happened is a perfect storm in which actual crops and grain stores were destroyed at a time when very few farms are even operating at full capacity due to the Wuhan coronavirus (COVID-19) plandemic.

More related news about the collapse of the food system is available at Collapse.news.