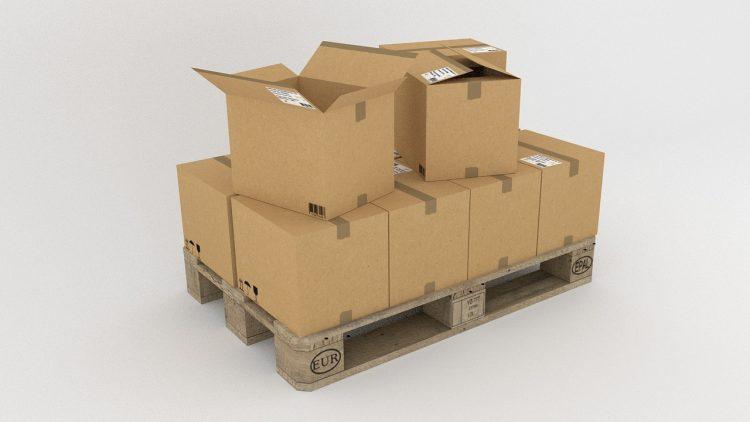 If everything is going to be just fine, why are officials spending millions of dollars to stockpile giant mountains of food?  What has just been revealed about the “new food warehouse” in Washington state should be a major red flag for all of us.  Most Americans seem to believe that the COVID-19 pandemic, the enormous economic problems that have erupted and the nightmarish civil unrest that has been raging in our major cities are all just temporary phenomenons and that life will eventually get back to normal.  Meanwhile, authorities in Washington state are acting as if what we have experienced so far is just the beginning.  According to the Seattle Times, stockpiles of food are being stacked all the way to the roof in “Washington state’s new food warehouse”…

Barilla pasta boxes stretch to the ceiling, 100,000 in all. Large stacks of TreeTop applesauce, pancake mix and canned green beans sit on pallets, like soldiers waiting to be sent into duty.

That seems like quite an odd thing to do if happy days are right around the corner.

So what prompted authorities in Washington state to do this?

Well, we are being told that the purpose is to “ward off a shortage in the months ahead”…

After seeing food banks struggle to meet demand once the pandemic hit and the economy tanked, the Washington state Department of Agriculture (WSDA) began preparing to buy and stockpile tons of food to ward off a shortage in the months ahead.

A “shortage” of food in the months ahead?

That is quite a statement to make.

In a previous article, I detailed that we are already witnessing periodic shortages of aluminum cans, soda, flour, canned soup, pasta and rice.  But what is happening in Washington makes it sound like they believe that what is ahead will be far, far more severe.

Up to this point, Washington state has spent a total of 6.1 million dollars on 4,000 pallets of food, but only about one-fourth of the orders that they have placed have already arrived.

So why hasn’t the rest of the food arrived yet?

Could it be possible that the other 49 states and the federal government are doing the exact same thing?

Unfortunately, I don’t have an answer to that question today.  If anyone out there has any leads or intel that will help me to answer that question, please let me know.

Meanwhile, we continue to see unprecedented lines at food banks all over the nation.  On Tuesday, vehicles lined up “for a mile” to receive free food at a distribution event in Dallas…

Thousands of people have lined up at a Texas food bank, with cars stretching for a mile as the state struggles with being the third worst affected by the coronavirus outbreak.

Fair Park in Dallas County held its fourth food drive since the pandemic was declared in March but the event on Tuesday was the first mega distribution that offered an option for several hundred walk-up clients without transportation.

As I discuss in my new book, we were specifically warned in advance that this was coming, and it certainly appears that poverty is only going to continue to grow in the months ahead.

“If it wasn’t for this, we’d probably go hungry,” shared Richard Archer.

Archer says his daughter heard about the food giveaway on the news and sent him to get food.

“With unemployment benefits cut, her husband’s been laid off for three months. So, it’s just been a struggle. If it wasn’t for church, and food giveaways, the kids would be going hungry.”

So many families are deeply struggling out there right now, and they need our prayer.

Food supplies are tight nationwide, and they are only going to get tighter.  And this week food production was hit by another substantial blow when an extremely powerful derecho roared through several important farming states in the middle of the country…

The rare storm known as a derecho hit Monday, devastating parts of the power grid, flattening valuable corn fields and killing at least two people. It produced winds of up to 112 mph near Cedar Rapids, Iowa, and toppled trees, snapped poles, downed power lines and tore off roofs from eastern Nebraska to Indiana.

“It feels like we got kicked in the teeth pretty good,” said Dale Todd, a member of Cedar Rapids’ city council. “Recovery will be methodical, and slow. But right now, everybody is working to ensure the critical services are restored.”

As I discussed yesterday, millions upon millions of acres of crops were ruined.  In fact, 10 million acres were affected in the state of Iowa alone…

In addition, tens of millions of bushels of grain that were stored at co-ops and on farms were damaged or destroyed when bins blew away.

Throughout 2020, we have been hit by one disaster after another.

We keep being told that everything will “return to normal” soon, but meanwhile, authorities in Washington state are stockpiling food on a scale that we have never seen before.

And if we discover that officials in other states are doing the same thing, that would suggest some sort of nationwide pattern.

I have never used Washington state as a positive example before, and I may never do it again, but in this instance, I would recommend doing exactly what they are doing.

Stockpile food while you still can, because very difficult times are approaching.  Yes, things are already quite chaotic out there, but I would use the month of August to finish your preparations because things are only going to get even crazier in the months ahead.

Michael T. Snyder is a graduate of the University of Florida law school and he worked as an attorney in the heart of Washington D.C. for a number of years. Today, Michael is best known for his work as the publisher of The Economic Collapse Blog. Michael and his wife, Meranda, believe that a great awakening is coming and are working hard to help bring renewal to America. Michael is also the author of the book The Beginning Of The End
Share
Tweet
Share
Pin