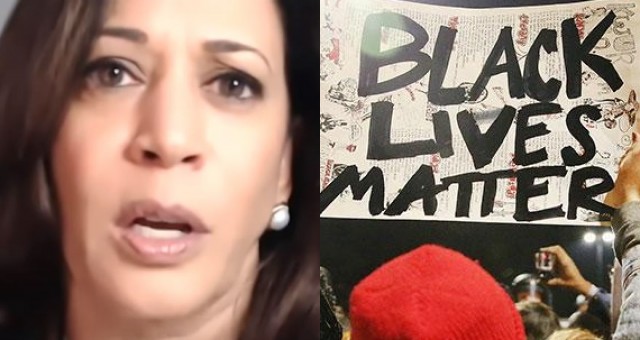 Harris said, “Black women pay attention to the issue issues. Black women are motivated to vote for the people who represent their priorities and their needs. And so when you look at everything that relates to what we’ve discussed in terms of childcare when you look at what we’re talking about in terms of jobs, health care when you look at what we need to do to address racial and not only disparities in terms of the healthcare system and in terms of the economy and education system, we need to speak about systemic racism, and when you have one ticket that can say the phrase Black Lives Matter and another who has full-time sowing hate and division in our country, those are the things that are going to motivate black women to vote. a point in pride about a black woman being on the ticket, it takes more than just that to motivate black women to vote.” ~ Breitbart

Kamala Harris even wrote an article in June of 2020 where she made it clear that she not only stands with Black Lives Matter but she endorses them as well.

Harris is also part of a group that collects donations to bail out those that get arrested for protesting and are part of Black Lives Matter and Antifa, they also cover their legal fees.

Sen. Kamala Harris, who Joe Biden picked on Tuesday to be his running mate, promoted the bail fund group that several Biden staffers donated to during the protests that followed George Floyd’s death, which since has posted bail for multiple alleged violent criminals, including an alleged murderer and a previously convicted rapist, Fox News reports.  You can read the whole article here.

People can see just how corrupt and hateful Kamala Harris and her blatant racism towards white people is all over the internet.  Yet here she is with Biden, making a presidential run as Black Lives Matter and Antifa continue their assault on our nations cities and citizens.