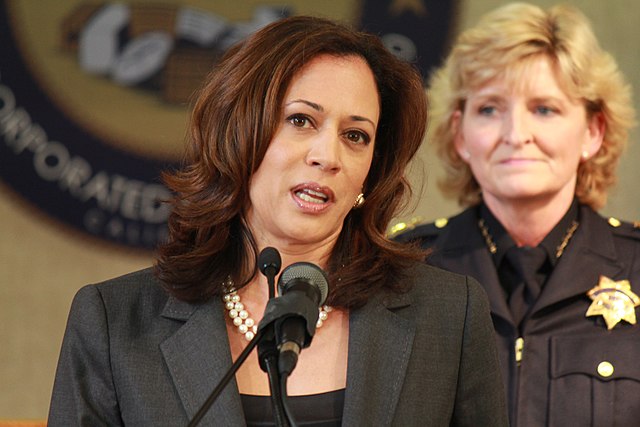 (Natural News) The fake news brigade is absolutely gushing over the appointment of Kamala Harris as Joe Biden’s official running mate, highlighting all of her female-ness and ethnic-ness every chance it gets in order to set the stage for Kamala to become the left’s latest untouchable.

Just like it did with Barack Obama, the mainstream media is taking every opportunity to point out that Kamala has slightly darker skin than many Americans, which automatically makes her an “ethnic minority” who cannot be criticized under any circumstances. And because she is also a woman, Kamala is even more so beyond reproach than even Obama.

Even though women no longer even exist, according to the trans-embracing left, an apparent exception is being made for Kamala, who Susan Rice is predicting will now be a victim of “racism and sexism” every time someone criticizes her.

“She’s a great choice. She’s going to make a tremendous running mate for Joe Biden,” Rice stated during a recent segment on NBC‘s “Today” program. “I’m very confident that the Biden / Harris ticket will be a winning one, which is what our country so needs right now.”

When asked by show co-host Savannah Guthrie what impact she believes Kamala will have on the race, Rice responded that black women “are the backbone of this nation, not just of the Democratic Party.” She then went on to declare that because of her kind-of black skin and lack of male genitalia (as far as we know), Kamala is sure to be victimized every time she is criticized by anyone.

“Yes, there will be those that employ racism and sexism,” Rice told Guthrie, alluding back to claims made by failed presidential candidate Hillary Clinton that she, too, was a victim of racism, which supposedly cost her the presidency. “Look at Donald Trump yesterday, you know, calling her nasty.”

While admitting that Trump would have said that same type of thing about “any person that Joe Biden selected on the ticket,” Rice went on to paint Kamala as a unique type of victim due to her alleged minority status and the fact that she is not a biological man.

“There are those who will not retreat from that kind of divisiveness and hatred, and Donald Trump exemplifies it,” Rice contends.

“You know, the Republicans, and Donald Trump in particular, have nothing to run on, except attacks,” she added. “They have set up to position their assault on whoever was to be the vice presidential select as left and socialist. It’s not true. That is not who Kamala Harris is. It’s not who Joe Biden is. So let them hurl their baseless attacks, it’s all they’ve got.”

To keep up with the latest election news, be sure to check out Trump.news.

If people can simply “self-identify” as whatever they want to be these days, then what does it matter the skin color or sex organs of Kamala Harris?

It cannot be emphasized enough that these are the very same people who claim that there is no such thing as a woman, and that anyone can “self-identify” as whatever gender or even breed they wish. With that in mind, does it even matter who or what Kamala Harris is or claims to be?

Try as they might to have it both ways, liberals need to get off the fence and decide whether or not skin color and gender truly exist. If they do not, as we have been continually told for years by the LGBTQ mafia, then Kamala Harris is basically just another rich white man like Biden, right?

This would seem to be the only logically consistent conclusion based on prevailing LGBTQ doctrine. Let us know what you think in the comment section.