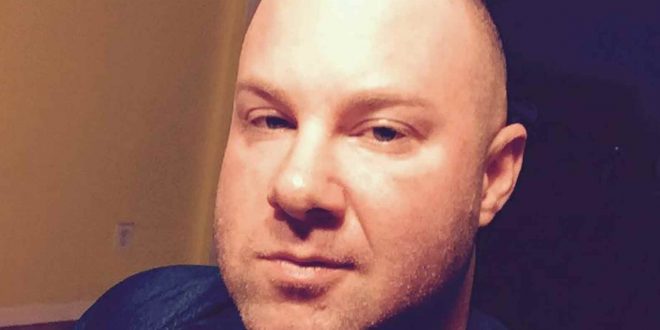 Hillsborough County, FL — Last month, a detective with the Hillsborough County Sheriff’s Office, beginning on July 24, began working undercover on a social media app to ensnare pedophiles looking to have sex with children. During the sting, a pedophile responded to the undercover officer pretending to be a little girl. When the HCSO deputy moved to arrest that pedophile, they discovered he was a fellow police officer.

Sergeant Stephen Utter, 37, with the Manatee County Sheriff’s Office was arrested this month for trying to meet a 14-year-old girl for sex. According to investigators, Utter was made immediately aware of the girl’s age before he began to sexually groom her. Luckily, the 14-year-old girl was a cop and not an actual child.

According to authorities, during the conversations online and via text message, Utter sent explicit messages detailing the sexual acts he wished to perform on the juvenile.

Once he’d incriminated himself enough, police moved in to arrest him.

When deputies advised the Manatee County Sheriff’s Office of the investigation, MCSO worked with HCSO to arrest Utter.

He was taken into custody afternoon at the Manatee County Fairgrounds during a work-related training exercise.

Utter was arrested and booked on charges of unlawful use of a two-way communications device, transmission of harmful material to a minor and use of computer devices to solicit certain illegal acts.

After his arrest, police issued a canned statement noting how Utter’s actions do not echo the sentiments of other cops in the area.

“The conduct of this sergeant is in no way a reflection of the thousands of deputies across Tampa Bay who are committed to serving their communities with integrity,” said Hillsborough County Sheriff Chad Chronister.

“We will not tolerate this predatory behavior from anyone, including a fellow law enforcement officer, as displayed by the quick actions both the Manatee and Hillsborough County Sheriff’s Offices took to arrest this individual.”

Unfortunately, however, cops are caught on a regular basis attempting to or actually committing crimes against children. In fact, TFTP has reported on an officer in this exact same department who committed horrific acts against children. And, thanks to his blue privilege, he avoided jail.

As we reported, a former Manatee County Sheriff’s Lieutenant was sentenced for his sadistic and sickening acts against three children. Officer Dale Couch was arrested after children told authorities what he had done to them — violently sexually abused them.