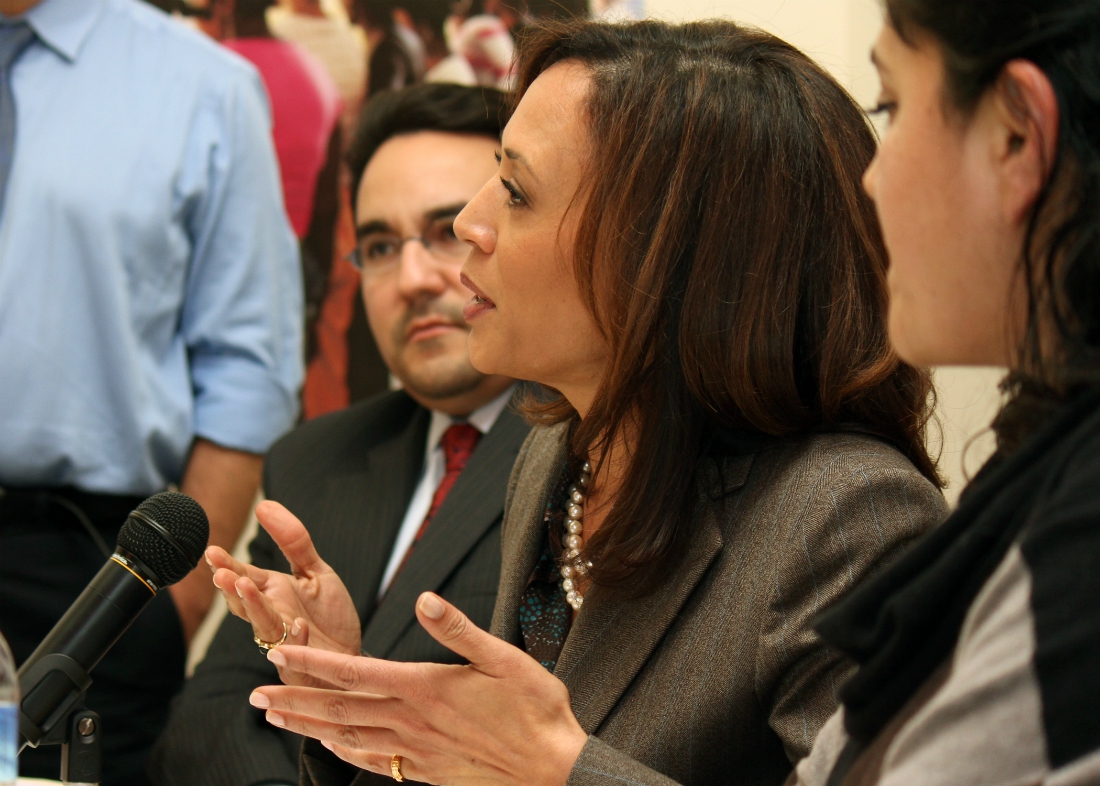 In fact, Democrats hate the Constitution, period, because it empowers American citizens with rights not ‘bestowed by government’ but endowed by the divine providence of human existence.

However, they will use portions of it to eliminate all of it, including the First Amendment to justify riots and looting as “speech and expression,” and presidential authorities under Article II to implement executive actions that bypass the rule of law and other branches of government.

Sen. Kamala Harris (D-Calif.) is no different. As president — and that is what she will become if Joe Biden wins because he is obviously mentally incapable of running America (or a lemonade stand, for that matter) — she will work tirelessly to take away our gun rights and our guns, and make it look like it’s just ‘sound public policy’ that ‘most Americans agree with.’

But don’t take our word for it. Harris has said as much.

In fact, Fox News host Tucker Carlson documented as much on his program last week.

“Kamala Harris has plans for your guns, but more than that, she’s willing to threaten Congress if they don’t make a law that matches her desires immediately,” he said.

Carlson then played a couple of video clips in which Harris laid out her plans.

In response to an audience member’s question during an appearance on “The Tonight Show” with Jimmy Fallon about whether she supports gun ‘buybacks,’ Harris said:

I do believe that we need to do buybacks and I’ll tell you why. They are weapons of war with no place on the streets for the civil society.

Meanwhile, Harris hasn’t said squat about what Antifa, Black Lives Matter, and other Left-wing anarchists are doing to ‘the civil society’ in large cities around the country without using ‘assault weapons.’

In April 2019 during a Democratic debate on CNN, Harris said in response to a question about keeping schools safe and guns out of the hands of people who should not have them:

I will give the United States Congress 100 days to get their act together and have the courage to pass reasonable gun safety laws, and if they fail to do it then I will take executive action.

First off, there are already laws on the books to ‘keep guns out of the hands of people who should not have them.’ Secondly, it’s already against the law to bring guns to schools and murder students and staff. (Related: Kamala Harris panned as uninspiring and radical Leftist who couldn’t even convince blacks to supporter her presidential bid.)

“‘Mandatory buyback,’” Carlson responded. “That may be the greatest formulation ever. That’s like mandatory donation. It’s not a donation, it’s theft. A mandatory buyback isn’t a buyback, it’s seizure, obviously.”

In another clip Carlson played, Harris justified her gun-grabbing the way Democrats have tried to do for years — ‘for the babies.’

“We cannot tolerate a society and live in a country with any level of pride when our babies are being slaughtered,” she said.

Oh, really? Like…in Chicago? Every single day? Or in abortion clinics around the country?

Harris is, of course, an abortion super-supporter. And like other black Democratic politicians, she won’t dare mention the escalating gun violence in Chicago or any other major American city because they’re all run by Democrats.

“Clearly, we’ve mislabeled Kamala Harris. Turns out she’s one of the few pro-life Democrats in Congress,” he said mockingly.

It should be noted, as Breitbart News reported, Harris never really has discussed the details about how she would use executive authority as president to ‘get assault weapons’ off the streets and out of our hands.

But based on the Constitution, which plainly states the right to be armed “shall not be infringed,” it seems pretty clear whatever she would try to do wouldn’t be legal.

Still, she will try. She has said so.