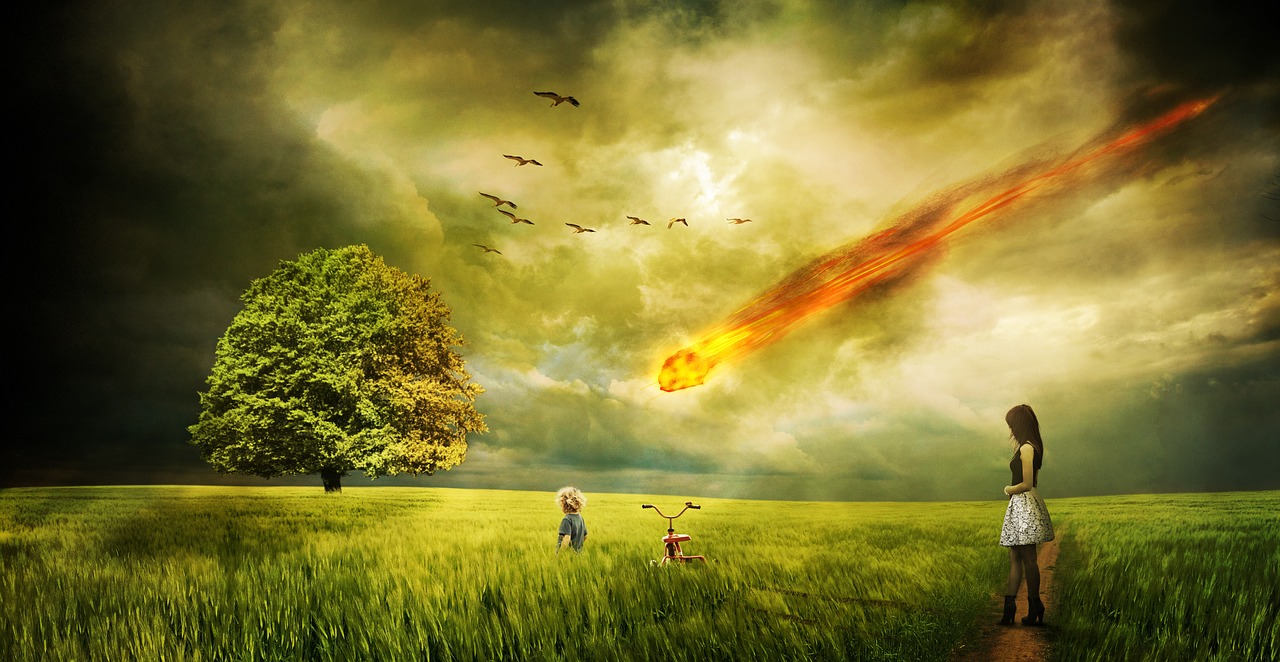 Did you know that an asteroid just flew by our planet at an extremely close distance?  The good news is that it was only about the size of a car, but the bad news is that NASA had absolutely no idea that it was coming.  In fact, NASA only discovered it about six hours after it had passed us.  If NASA could not see that asteroid coming straight at us, what else is heading toward us that they cannot see? It has been estimated that “about 17,000 big near-Earth asteroids remain undetected”, but the truth is that we don’t really know how many giant space rocks are floating around out there.  Of course scientists all around the world are doing their best to catalog new potential threats all the time, but what most people don’t realize is that this is an area where our technology is still very limited.

The asteroid that almost entered our atmosphere on August 15th was hurtling toward us at 27,600 miles per hour.

In other words, it was traveling at almost 8 miles per second.

And according to the official NASA website, it came within just 1,830 miles of our planet…

In astronomical terms, that is an extremely close shave, and NASA is openly admitting that “we didn’t see it coming”…

The flyby wasn’t expected and took many by surprise. In fact, the Palomar Observatory didn’t detect the zooming asteroid until about six hours after the object’s closest approach. “The asteroid approached undetected from the direction of the sun,” Paul Chodas, the director of NASA’s Center for Near Earth Object Studies, told Business Insider. “We didn’t see it coming.”

This admission surprised many Americans, because most people assume that NASA would give us plenty of advance notice if a civilization-killing asteroid really was heading our way.

Of course that is not necessarily true at all.  There are many giant space rocks floating around out there that are exceedingly difficult to detect, and that is especially true if they are coming at us from the direction of the sun…

There’s not much we can do about detecting inbound asteroids coming from the sunward direction, as asteroids are detected using optical telescopes only (like ZTF), and we can only search for them in the night sky. The idea is that we discover them on one of their prior passages by our planet, and then make predictions years and decades in advance to see whether they have any possibility of impacting.

NASA has a plan to improve our ability to detect incoming asteroids, and that will be welcome news for those that are concerned that a civilization-killing asteroid may be heading our way.

NASA has a plan to address these gaps in its asteroid-hunting program. The agency is in the early stages of developing a space telescope that could detect asteroids and comets coming from the sun’s direction.

If funding continues, it could launch as early as 2025.

We have about five years to wait before this plan is implemented, and so let us hope that a giant space rock is not headed our way before then.

But we do know that a fairly sizable asteroid will be making a very close approach to our planet next month.  On September 1st, a 150 foot rock known as “asteroid 2011 ES4” will fly past us at more than 18,000 miles per hour, and it will do so “at a far closer distance than the Moon”…

Asteroid 2011 ES4, which measures approximately 150ft (50m) across, is expected to hurtle past the Earth at staggering speeds of 18,253mph (29,375kmh) next month. And although the size and speed of the asteroid is not that unusual, this space rock will fly past Earth at a far closer distance than the Moon.

The CNEOS database reveals the asteroid will pass by the Earth on September 1 at 3.49pm BST (10.49am ET).

But just because this one won’t hit us doesn’t mean that we shouldn’t be concerned.

Earlier this month, I wrote an article about what scientists have discovered would happen if a very large asteroid hit the Atlantic Ocean.  It is estimated that the resulting tsunami would send waves that are hundreds of feet high toward the east coast of the United States, and millions of people would perish.  Of course most Americans that live on the east coast never even imagine that such a thing could happen, but the truth is that we have been repeatedly warned about such a potential disaster.

I truly hope that NASA will be able to give us as much advance warning as possible when that day finally arrives.

But NASA didn’t see the asteroid that almost entered our atmosphere a few days ago.

And there have been countless other asteroids over the years that NASA didn’t see until they were past us.

This is an area of research that I am particularly interested in, and at this point I don’t have a whole lot of faith in NASA’s ability to see what is coming.

In addition, even if they do see a giant space rock heading directly toward our planet, that doesn’t mean that they will actually tell us.

Rather than alarming the general public, they would probably start implementing plans behind the scenes to save those that are deemed to be “essential”.

Of course they might finally inform the rest of us just before it hit, but by then it would be far too late to do much about it.