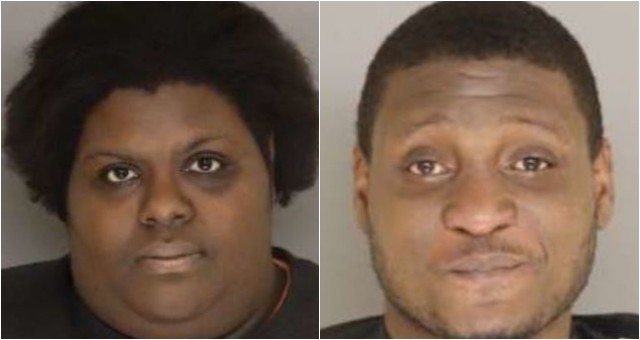 SOUTH CAROLINA- A wanna-be rapper turned Sumter mayoral candidate and an associate have been arrested and charged after police say they staged a kidnapping and beating in order to garner publicity, sympathy and votes in the November election.

Sabrina Belcher, 29, of Cabelas Place, admitted to planning the hoax, which she recorded and posted on Facebook live, with he accomplice Christopher James Eaddy, 34, of Olive Street.

Belcher, with Eaddy’s help, also attempted to discredit a fellow candidate in the recording. Belcher also had ongoing plans to smear other mayoral candidates prior to the election.

Both were booked Wednesday at the Sumter County Sheriff’s Office Detention Center.

Officers were called to the police station before 11:30 p.m. Tuesday and met with Belcher, who reported she was assaulted and kidnapped by an unknown man during an attempted robbery. She was injured and her vehicle windows were knocked out during the chain of events described by Belcher. She was taken to Prisma Health Tuomey and released.

During the investigation, Belcher provided a fake name of her attacker. However, officers later determined she was in contact with Eaddy whom she had worked with days prior to concoct and stage the reported incident.

“This was simply an effort to create disorder and discontent in our community for personal gain,” Chief Russell Roark said. “As a result, a valuable number of resources, including personnel, manhours of the police department as well as local medical professionals, were wasted based on false information.”

Here is Sabrina Belcher's rap video, published just in June 2020. It is titled, "Pray for Me." pic.twitter.com/MOrWXHdu2v

A Sumter, S.C. woman & rapper who was running to be the city's "first black female mayor" has been arrested for allegedly faking her own kidnapping & beating for sympathy votes. Sabrina Princess Belcher, 29, live-streamed the stunt on FB. #HateHoax https://t.co/aTicHOnBkf pic.twitter.com/quhwJdPoyb

Damn! Is that even the same woman? If so she definitely needs to go on a freaking diet BIGLY!

Just another example of how corrupt these filthy democrats are.