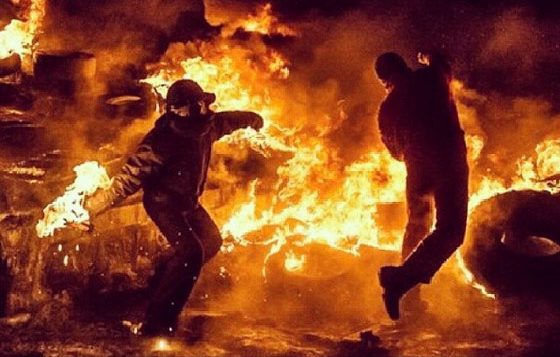 The attorney general, Jeff Landry of Louisiana says that violent crime is going to reach epidemic levels in the United States soon. Landry warns that crime in the U.S. will get worse before it gets better, and we are going to reach a tipping point soon.

Given the current state of affairs in cities across the country, the economic terrorism committed against every person on this globe, and the constant division being propagated by the mainstream media over an election they have already promised us will be disturbing at best, things are not set to get better. In fact, the worst is yet to come.

In a phone interview with Fox News, Landry said that while he has tried to be tough on crime in his state, he realized years ago that in other parts of the country there were signs that crime would reach “epidemic” levels. Humans are being backed into corners by the very people responsible for cracking down on crime, so it stands to reason that once they cannot be pushed any further, they will lash out. This is likely what the ruling class is waiting for too.  They want violence so they can enact martial law, treat people like cattle to be owned, and force everyone to comply.

“When I became attorney general back in 2016, one of the first things that we tackled was we took a very proactive fight against crime,” Landry said. “I predicted four and five years ago that this country was headed towards an extreme violent crime outbreak, that it was going to become an epidemic.”

With homicides and gun violence on the rise in cities across the country, Landry said he is not surprised. “I called that. And this thing is something that’s been building, and has only been heightened by this particular lawlessness,” he said. “I do believe that there’s a tipping point that’s coming in this country because I believe that every violent crime creates an exponential number of victims.”

Could this all be further predictive programming about the left/right paradigm lie that will cause election malcontent? Possibly. Or it could be just one more politician wanting martial law to control people after the government’s policies destroyed their livelihoods. There’s a lot of possibilities here, but the one thing left out is that this violence has been, and will continue to be the fault of the engineered destruction of the United States. People are going to be facing starvation soon as the food supply collapses (which is also being engineered) and people get violent when they get hungry.

Wake up. This is all a setup. Don’t fall for it. We have no say in this election, the Federal Reserve is in charge, and they will create whichever scenario will be the most destructive to manufacture our compliance in the New World Order. They aren’t even hiding this anymore.

It All Comes Back To The Federal Reserve: The NWO Is Being Shoved Down Our Throats

This is all brainwashing, predictive programming, and engineering. They own the minds of so many Americans that waking people up is going to really be an uphill battle. Understand, this is all psychological warfare and the real battle is for your perception, make sure you employ critical thinking and apply it to your preparedness.