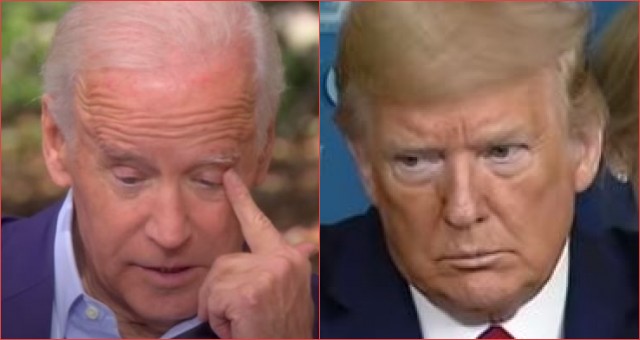 President Trump is the one who wants to “defund the police,” Democratic presidential nominee Joe Biden asserted during an interview Friday, Fox News reports.

In a very conflicting statement, Biden and Kamala Harris on the right hand, stated they want even more Police Enforcement in the United States, while on the left hand they back Black Lives Matter and their demands to defund Police Departments.

“We need to speak about systemic racism, and when you have one ticket that can say the phrase Black Lives Matter.” ~ Kamala Harris.  You can read the full statement by clicking here.

EXCLUSIVE: Asked about Pres. Trump's charge that he wants to "defund the police," Joe Biden tells @RobinRoberts, "No I don't"—and counters that the Trump administration has proposed cutting a federal program that helps hire more local law enforcement. https://t.co/HOks1fmoGv pic.twitter.com/5XlRrdkjOo

You cannot have it both ways, though Biden and Harris are simply playing the “Dog and Pony Show” in a sleazy attempt to do do exactly that.

EXCLUSIVE: Asked about Pres. Trump’s insults against her, Sen. Kamala Harris tells @DavidMuir, “There is so much about what comes out of Donald Trump's mouth that is designed to distract the American people from what he is doing.” https://t.co/IQsUqgpryX pic.twitter.com/8EvCPv73T9

“The only guy that actually put in a bill to actually defund the police is Donald Trump,” Biden added, after defending the 1994 crime bill he backed while a U.S. senator from Delaware. That legislation, signed into law by former President Bill Clinton, called for community-based policing efforts — but has been criticized for leading to mass incarceration of African Americans and other minorities.

Talk about the pot calling the kettle black!  The DNC is literally the definition of “Unethical” and hopefully people will start waking up to their horrific agendas.