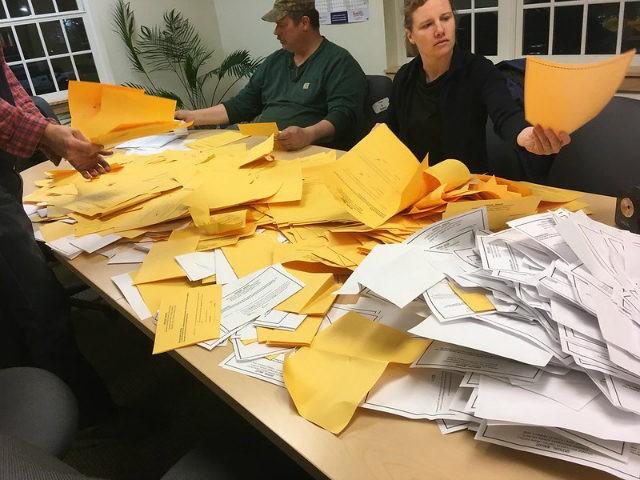 An eyewitness to the Detroit primaries said that he witnessed as many as 20,000 unverified absentee ballots being fed through machines and counted during the August 4 primary.

Michigan Republican Party-appointed poll challenger Bob Cushman said that he witnessed the chaos that ensued in Detroit on primary night.

Take a listen to his interview on The Kyle Olson Show.

Cushman said he is concerned about election integrity and signed up to be an observer.

He noted that a car with Ohio license plates was driven into the large facility. Cushman said he did not know what the purpose was, but he suspected “that car was somebody that was delivering ballots. It just seemed a little odd.”

In an affidavit, Cushman recounted several counting tables “had opened ballots with no poll book” to check to see if the individual was authorized to cast that ballot.

That is significant, he said, because the poll book is used to ensure “that name is someone that’s a qualified, real voter.”

In another instance, he “noticed pages being inserted into several poll books.”

According to Cushman, some workers left early as the day dragged into the night.

Polls closed at 8:00 p.m., but Cushman observed at 12:37 a.m. that “the threat was made that the $100 bonus that had been promised earlier (over the public address system) would not be paid.”

Cushman said in his affidavit that an order was made around 2:00 a.m. to open the remaining ballots “for immediate tabulation without additional processing or notation.”

Cushman thought election officials should go back to analyze what ballots were counted after the procedures were suspected and throw those votes out.

All of this is potentially consequential given the narrow 10,704-vote victory Donald Trump won in 2016 and the expected close margin anticipated in 2020.

“It’s very hard to change the result of an election after the fact,” Cushman stated.

Cushman, like many, does not have any faith that things will be corrected by the November election.

“But perhaps if we put enough light on this subject, that there be enough heat to get it done correctly,” he said.

In the end, it’s those who “count” the votes that matter more than those who are casting them, just like Stalin said.