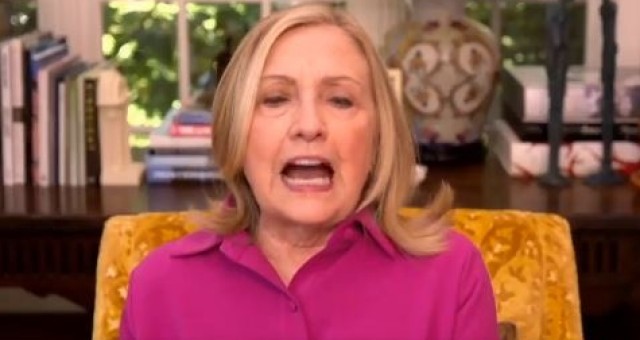 Hillary Clinton issued a warning for Democratic presidential candidate Joe Biden in a new interview released Tuesday, urging the former vice president to not concede defeat on the night of the Nov. 3 election — no matter the circumstances, Fox News reports.

“Joe Biden should not concede under any circumstances,” Clinton said. “Because I think this is going to drag out, and eventually, I do believe he will win, if we don’t give an inch and if we are as focused and relentless as the other side is.”

Hillary Clinton is admitting that Biden doesn’t really stand a chance, her statement is pretty clear and the message is clear as well, when Biden loses do not stand down.

It is obvious that the Democrats will cheat, use violence and chaos, whatever it takes to take down President Trump and remove him from office.

Hillary Clinton has some advice for Joe Biden: Don’t concede in a close race.

The 2016 nominee sits down with @jmpalmieri and @sho_thecircus to urge Dems to pay close attention to GOP strategy. pic.twitter.com/REwfLf1QjS

“We have to have poll workers and I urge people who are able to be a poll worker. We have to have our own teams of people to counter the force of intimidation that the Republicans and Trump are going to put outside polling places, this is a big organizational challenge.”

Last I checked, the only intimidation at polling stations were the New Black Panther Party goons that attempt to use their own version of intimidation to keep peaceful and timid voters from approaching the polling buildings.