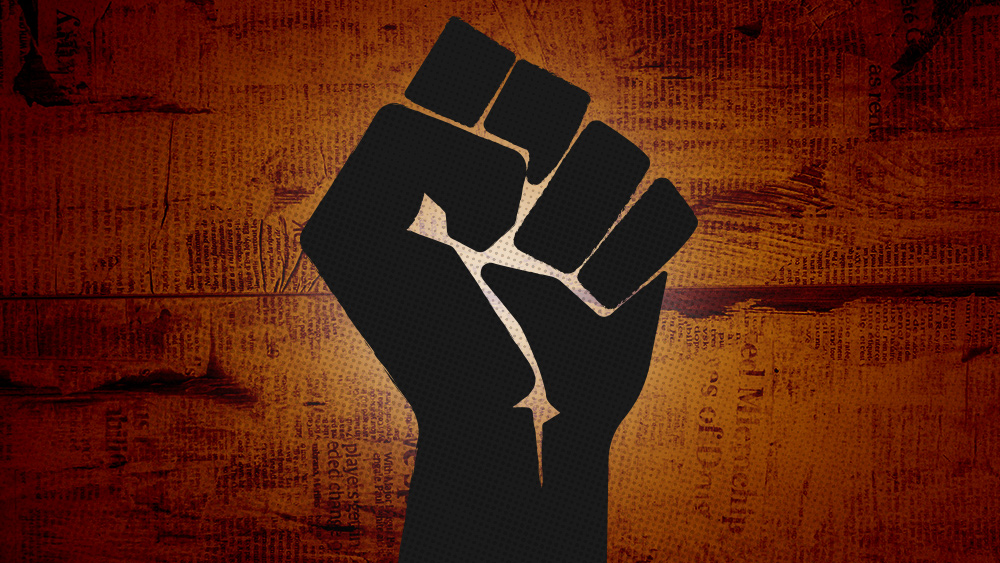 (Natural News) The Black Lives Matter (BLM) movement is empowering the worst of the worst thugs to go around demanding that everyone throw up black power fists or else face the ire of the domestic terrorist mob.

A pair of black females, as one recent example, was caught screaming at white diners outside of a restaurant in Washington, D.C. the other day. Their demand was that all of the white people raise a black power fist or else be publicly shamed by the duo.

One older man was seen in a video clip complying with these screaming banshees, while others were seen refusing. Matt Walsh, in a tweet, emphasized that more people should be like the refusers.

“BLM scumbags demand that diners at restaurant raise their fists for black power,” he wrote.

“Brave young couple retains dignity, refuses. Be that couple. Don’t be the embarrassing mustachioed coward to the right who has forfeited his dignity for all time.”

Later on that evening, the two black lives swarmed another restaurant where they got right up in the face of a white woman who was dining and screamed, “White silence is violence!”

In yet another instance, young children were also forced to throw up a fist in allegiance to BLM, illustrating that total obedience and surrender is required by the BLM mob, or else the situation could turn violent.

Why are restaurant owners allowing this?

Over in Georgetown, still more white diners were verbally accosted by the BLM mob, which in one instance included the use of a megaphone to deliver the pro-BLM message.

“Your complacency is the reason why we have to be out here,” a black woman with a red afro shouted through the device. “Your silence is participation.”

One wonders why none of the restaurant owners or managers whose diners were being assaulted like this stood up for them. Since when did this type of behavior while people are trying to eat in peace become acceptable?

BLM could more accurately be defined as Black Lemmings Manipulated, based on such behavior. Nobody is being convinced of anything by such atrocious actions, other than perhaps the fact that BLM is a terrorist organization promoting criminal behavior.

“BLM is a criminal organization,” wrote one Information Liberation commenter. “It has nothing to do with black lives. BLM does not care about black lives.”

Interestingly, the raised fist is also a Masonic gesture, which touches on the spiritual elements of BLM and how it is more of a religious cult than a social justice movement. The heads of BLM in Los Angeles actually admitted that the “protests” are basically religious services centered around actual deities.

The clenched-fist sign is supposedly learned by the initiate of the Secret Monitor Degree. Both fists in the air is the First Sign in the Select Master’s Degree, according to an illustration shared by another commenter.

“Wokeness is the new state religion,” wrote one of our own commenters, adding, “If you don’t go along with it, you’re persecuted by these ‘tolerant’ people.”

What is further interesting is the fact that the BLM mob, just like the Democrat Party, does not seem to care about unborn black lives. Only black lives that are outside of the womb and that vote Democrat have any value to the establishment – listen below to learn more:

The moral of the story is that capitulating to the little things – it’s just a simple fist, right? – is the absolute worst thing to do because it will only further escalate situations like the one described above, empowering those who are evil to commit even more evil in the name of “social justice.”

For more related news about Black Lives Matter terrorism, be sure to check out CivilWar.news.