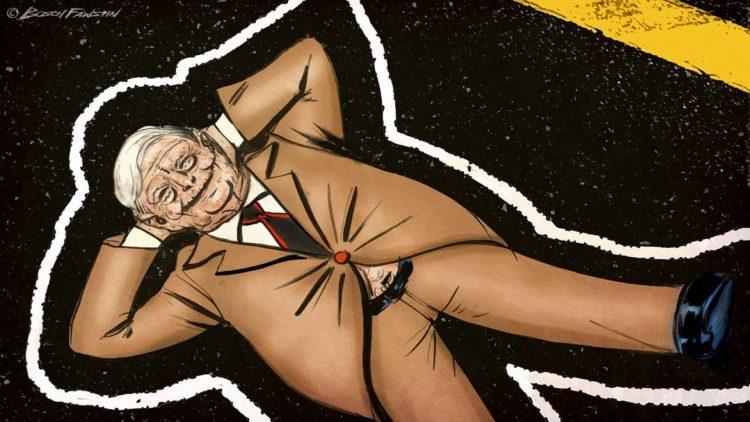 Philly was never safe, but the City of Brotherly Love now has the second highest murder rate.

How did Philly pass so many other, seemingly more troubled cities, to make it to the top?

For many Philly cops and crime victims, the answer is simple: Larry Krasner, or as many police officers call the radical extremist holding down the DA’s office, ‘Let-em-go-Larry.’

After over 1,100 people have been shot, the radical leftist DA, whose campaign was funded by extremist billionaire George Soros, has inescapably transformed Philly into a war zone.

In one day, 23 people were shot in Philadelphia.

On taking office, Krasner purged experienced prosecutors and ordered the survivors not to hit killers with homicide charges and to go easy on criminals as much as possible. Gang members caught with guns were sent to Accelerated Rehabilitative Disposition and put back on the street.

Philadelphia police recorded a 33% increase in murders so far this year. Every year that Larry Krasner has functioned as the city’s DA, murders have gone up.

Shootings are now up 55% and the number of shooting victims has increased 36%.

By 2019, murders had hit the city’s highest number in a decade. Instead of blaming the criminals. Krasner blamed poverty and lack of opportunity leading to hopelessness.

Beyond the bare statistics, the new wave of murders was accompanied by brutal atrocities.

Philadelphia’s murder rate is the fruits of that divestment.

Krasner has dropped two-thirds of felony cases, 37% of illegal gun cases, and 44% of drug cases, while 60% of shooting cases have ended in a dismissal.

The leftist DA froze crime victims and their families out of the system. Family and survivors often heard that Krasner was going easy on a killer only when they read about it in the papers.

Krasner’s pro-crime policies got so bad that when his office decided to let a criminal who shot a store owner with an AK-47 get off with a 3.5 to 10 year prison sentence, the feds stepped in.

“I believe he is putting police at risk and putting the public at risk,” he added.

When Krasner was asked about his role in the violence, he accused President Trump of racism.

“It is simply not normal to be in a state with so many people doing life without parole and to be unwilling to look at alternatives,” he defended his pro-crime policies.

The alternatives, like Accelerated Rehabilitative Disposition, are racking up a big body count.

After Philadelphia Police Corporal James O’Connor was shot and killed by a violent thug whom Krasner had kept on the streets, police officers formed a line to block Krasner’s attempt to enter the hospital. And officers are organizing efforts to defeat Krasner in the next election.

But they have one powerful man’s wealth standing against them.

George Soros does not live in Philadelphia, but his wealth has dramatically transformed cities across the country by financing the campaigns of pro-crime activist DAs like Larry Krasner.

The Protect Our Police PAC will have to contend with Soros’ money if it wants to restore safety and security to Philly. Last time around, the extremist billionaire, who has financed radical causes around the world, plowed $1.45 million into Krasner’s campaign.

Democrat primaries notoriously draw out a more radical base than the general electorate. If Krasner squeezes through the Democrat primary, Philly will continue to be a war zone.

And the victims will be mostly African-American.

86% of the murder victims in Philadelphia are black. And 92% of the children shot in the troubled city are also black.

Beyond the abstractions of statistics, 79 more people have died during two years of Krasner’s tenure. And considering the sharp rise in murders in 2020, that will only increase.

Already an estimated 50 more people have been killed this year.

These deaths are on Krasner’s hands and on the seamy hands of George Soros.

Dozens of people, including children, who might have lived, are instead buried in cemeteries across the city because Soros decided to buy an election and rig the system to support criminals. The price for pro-crime policies is being paid by those 129 murder victims.

And all those who will come after them.

“These are normal growing pains,” Krasner had insisted. “Change is never easy.”

Now that Philadelphia has the 2nd highest murder rate of the nation’s major cities, are these still normal growing pains, or a case of Walter Duranty’s omelets being broken in America?

Philadelphia is quickly becoming the new Baltimore. And Soros’ $1.45 million has managed to buy a fortune in blight and misery that, because of the pandemic, can’t be properly calculated.

And yet Philly is a good place to start when trying to understand the cost of Soros’ policies. The past few years show what can happen to any city when it falls into the billionaire’s hands. Like a good investor, Soros saw an opportunity to buy a key political office at a low price. And the consequences have done more damage and killed more people than a terrorist attack.

“It is a sort of disease when you consider yourself some kind of god, the creator of everything, but I feel comfortable about it now since I began to live it out,” Soros once said.

But it is the Democrats, their media, and radical edge who decided to let Soros play god.

On the streets of Philadelphia, children are dying, women are mourning, and in his mansion a billionaire plays god with their lives in the name of his politics.