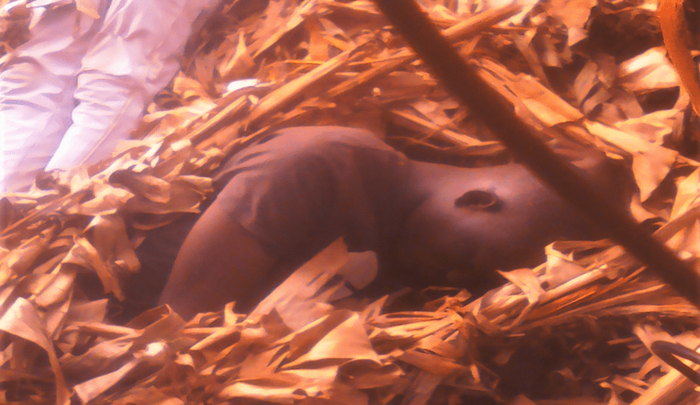 Those who beat Jalilu Kamutono to death aren’t “extremists.” Apostasy carries the death penalty in Islamic law. This is based on the Qur’an: “They wish you would disbelieve as they disbelieved so you would be alike. So do not take from among them allies until they emigrate for the cause of Allah. But if they turn away, then seize them and kill them wherever you find them and take not from among them any ally or helper.” (Qur’an 4:89)

A Sunni hadith depicts Muhammad saying: “Whoever changed his Islamic religion, then kill him” (Bukhari 9.84.57). This is not just a Sunni idea; the death penalty for apostasy is part of Islamic law according to all the schools of Islamic jurisprudence.

This is still the position of all the schools of Islamic jurisprudence, both Sunni and Shi’ite. Sheikh Yusuf al-Qaradawi, the most renowned and prominent Muslim cleric in the world, has stated: “The Muslim jurists are unanimous that apostates must be punished, yet they differ as to determining the kind of punishment to be inflicted upon them. The majority of them, including the four main schools of jurisprudence (Hanafi, Maliki, Shafi’i, and Hanbali) as well as the other four schools of jurisprudence (the four Shiite schools of Az-Zaidiyyah, Al-Ithna-‘ashriyyah, Al-Ja’fariyyah, and Az-Zaheriyyah) agree that apostates must be executed.”

Qaradawi also once famously said: “If they had gotten rid of the apostasy punishment, Islam wouldn’t exist today.” 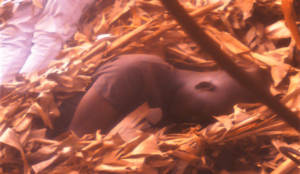 The Muslim fathers and other relatives of the two men in Budaka Town beat them with sticks and other blunt objects in late July before leaving them semi-conscious in a heap of banana plantation leaves, said the critically injured survivor, 23-year-old Ahmad Waisana. His 20-year-old cousin, Jalilu Kamutono, succumbed to his injuries on Aug. 5.

“I have been spending sleepless nights thinking of my [cousin and] best friend, Jalilu,” Waisana told Morning Star News by phone from his sick-bed at an undisclosed place of refuge. “The whole of my body is aching. I am not sure whether I will get well or die and go to be with Christ.”

Waisana said he suffered injuries to his head and a kidney.

He and Kamutono, whose fathers are brothers, last year began listening to radio broadcasts of a former Muslim sheikh (teacher) who made comparisons between the Bible and Koran in defense of Christianity, Waisana said. In October, after hearing preaching at an open-air evangelistic event in Budaka Town, the two men made a public confession of faith in Christ.

Word of their conversion immediately reached their parents, who angrily chased them away from the house where both families were living by the time the cousins returned from the event, sources said. They rented a house in Mbale and began selling food items for a living.

When the government announced a lockdown to control spread of the novel coronavirus on April 1, they were unable to work and moved in with various Christian friends, Waisana said. After three months, unable to rotate to others’ homes or at church premises because of the lockdown, they decided to take chances on returning home.

“Life became very harsh, and we decided to return back home hoping that we were going to be welcome,” Waisana told Morning Star News. “At home we were questioned whether we were Christians, and we affirmed to them that we were still Christians but pleaded that we be received back. To our surprise, we were received with hostility, and the relatives arrived and started beating us with sticks and blunt objects before burying us in banana leaves.”

Their relatives were about to set them on fire when some cattle herders and Christians happened by, he said….

Uganda’s constitution and other laws provide for religious freedom, including the right to propagate one’s faith and convert from one faith to another. Muslims make up no more than 12 percent of Uganda’s population, with high concentrations in eastern areas of the country.