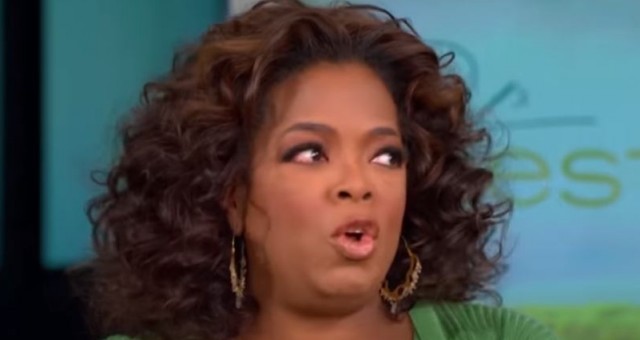 The episode featured Winfrey’s interview Bryan Stevenson, a graduate of Harvard Law School and founder of the Equal Justice Initiative, an organization with a focus on “racial justice.” Stevenson repeatedly described America as a nation plagued by an “ideology of white supremacy.”

Black Lives Matter is not a radical left group that sprung up over racial injustice, that is what they want you to believe but it is simply not true.  Black Lives Matter is a corporation whose real name is Black Lives Matter Global Network Foundation.  The following information is on their web site. It is a nationwide corporation! BLMGNF has chapters in Boston, Chicago, Washington DC, Denver, Detroit, Los Angeles, Lansing, Long Beach, Memphis, Nashville, New York City, Philadelphia, South Bend and in Canada in Toronto, Vancouver, and Waterloo.

Proof that this is not about racial injustice or defund the police, but rather a corporation paying people to cause chaos, riot an loot. So it should come as no surprise that Oprah, a billionaire who donates to BLM and has been very open about her dislike of white people and her beliefs that America is a white nation.

Winfrey repeatedly described the death of George Floyd as a racially-motivated murder, using the terms “modern-day lynching” and “public lynching.”

“My experience over the years interviewing so many hundreds of people over all kinds of dysfunctional circumstances and experiences, what I learned from that is that nobody gets to move forward — if your husband betrayed you, if your sister-in-law betrayed you, if your mother [or] your father betrayed [you] — nobody can move forward in their own personal [lives] … nobody can move forward until there is some acknowledgement, some spoken, a claim to the fact that, “I did that, and I am sorry.”

So, I mean, what is true in the micro is obviously true in the macro, and I’m wondering how do you think that acknowledgement of what has been done in this country in terms of racial injustice — beginning with slavery — how should that be acknowledged? Is it reparations? What is it? How does it show itself?

As long as you live in a country where even administrators — people who are in charge of our government — don’t believe that there is systemic racism, I don’t know how you have restoration.

I want to know — with hope being the superpower, watching all of those protesters of different races, backgrounds, people from the suburbs bringing their children out and marching for Black Lives Matter — does this time feel different and more hopeful than any other time in the past?”

All four episodes of The Oprah Conversation, thus far, have focused on what Winfrey describes as “racial injustice.” In the first episode, she described “whiteness” as a sociological advantage benefiting white people at the expense of non-whites. She also guided white guests of the show in combating their “unconscious” racial biases. Winfrey later described “whiteness” as a “weapon” occasionally used by white people against non-whites in the series’ second episode.

Oprah is promoting hate and racial divide by her own words and her backing Black Lives Matter, openly using her rhetoric to push further violence into the streets.