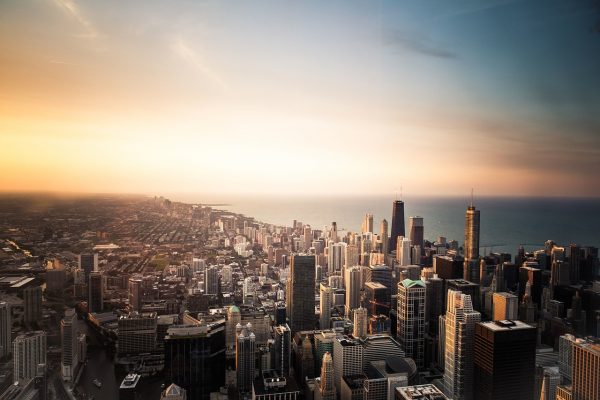 Whether for good or for bad, the United States always sets an example for the rest of the world, and right now people all over the globe are watching violence fill the streets of our major cities.  For years, we could all see anger building to extremely dangerous levels in our society, but I think that most Americans never believed that it would actually cause such an eruption.  It has been heartbreaking to watch Americans fighting Americans, and I wish that all of our politicians would come together and form a united front in calling for an end to the violence.  Instead, they just keep blaming one another, and things just continue to escalate.

And when I use the word “escalate”, I am not exaggerating one bit.  There are more than 100,000 gang members living in the city of Chicago today, and according to the FBI 30 gangs in the city “have made a pact” to shoot any police officer that draws his or her weapon in public…

A federal intelligence alert from the FBI field office in Chicago, Ill., warned that about 30 gangs in the city have made a pact to shoot police officers if they draw their weapons in public, ABC 7 reported on Monday.

Can you imagine what police officers in Chicago must be feeling right now?

I hope that they are well paid, because they are literally risking their lives on a nightly basis.  This new intelligence report specifically said that these gangs have agreed to “shoot on-sight” any officer that draws a weapon, and the purpose of this violent pact is “to garner national media attention”…

The alert states that Chicago gangs have agreed to “shoot on-sight any cop that has a weapon drawn on any subject in public.”

“Members of these gang factions have been actively searching for, and filming, police officers in performance of their official duties,” the alert continues. “The purpose of which is to catch on film an officer drawing his/her weapon on any subject and the subsequent ‘shoot on-sight’ of said officer, in order to garner national media attention.”

According to CPD Superintendent David Brown, there is an overall “sense of lawlessness” felt by local police, and the ‘danger to police officers is real and increasing.’

It is so sad to watch Chicago descend into complete and utter lawlessness.

Each weekend, the violence in Chicago makes national headlines, and last weekend was no exception.  50 people got shot, and that included “a mass shooting at a pancake house”…

Brown, now more than four months into his tenure, did not mention the grim milestone while talking to reporters. He also did not dwell on the toll from the weekend: at least 10 people killed and 40 others wounded by gun violence that included a mass shooting at a pancake house on the Far Southwest Side. A man died and four others were wounded as diners with children scattered.

In a little more than three hours beginning around 2 a.m. Sunday, Chicago police responded to 10 separate shootings, including three homicides and an attack on two officers who exchanged gunfire with an armed teen. All three were wounded.

In Portland, we are witnessing a different sort of chaos.

Political protests have been rocking the city on a nightly basis for three months straight, and on Monday night the protesters decided to target the mayor’s house…

Protesters in Portland gathered outside Democrat mayor Ted Wheeler’s apartment Monday night to ‘celebrate’ his birthday by letting off fireworks and singing ‘happy tear gas to you’.

A fire was lit in the street outside the 58-year-old’s apartment block in an upmarket area in the north of the city, as around 200 people gathered while blasting music, sounding horns, banging pots and pans, and playing drums.

This is a perfect example that shows why the violence is not going to end no matter who wins the election in November.

Ted Wheeler is not a Republican.

He isn’t even a moderate Democrat.

In fact, he is one of the most far left mayors in the entire country.

But they targeted his home anyway.

As I detail in my new book, so many people warned us in advance that tremendous rioting, looting and violence would erupt in our major cities.  In some instances, these explosions of anger are being fueled by political unrest, but in other cases we are seeing acts of violence that are completely and utterly mindless.  A perfect example of this is an incident which just took place in Baltimore…

Video emerged Monday on social media showing a man crossing a street and another man sneaking up behind him and slamming him in the back of the head, which resulted in the victim falling face-first to the sidewalk.

Just before the victim was hit in the head, a voice — presumably from one of the people recording the video across the street — can be heard whispering, “bitch you bet’ not run.” After the victim falls to the sidewalk, at least two people can be heard laughing and hollering in response.

Video of this deeply disturbing attack has been posted on Twitter, and watching it made me incredibly sad.

How evil do you have to be to celebrate when some random person is knocked unconscious by a brick to the head?

I truly wish that the entire country could come together and agree to bring an end to the violence.  But of course that isn’t going to happen.  If anything, societal tensions are likely to get even higher as we approach election day in November.

Ultimately, what we really need is to learn how to truly love one another, but unfortunately that is not a very popular message at all these days.