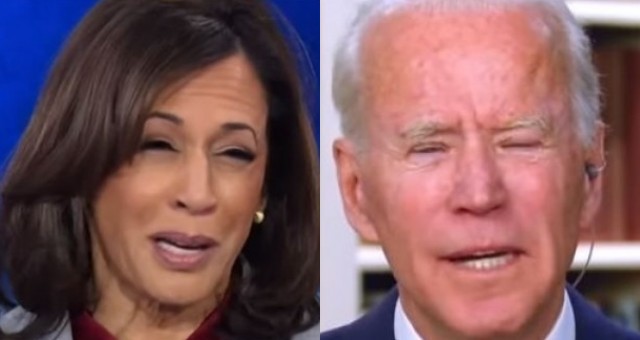 Former Vice President Joe Biden has released a new campaign ad [below] that condemns America as a racist society. “Why, in this nation, do Black Americans wake up knowing they can lose their life in the course of just living their life?” the ad begins.

The ad, aimed at African American voters, was released ahead of Biden’s visit Thursday to Kenosha, Wisconsin, where 29-year-old Jacob Blake was shot and seriously wounded in a confrontation with police August 23. Riots and violence followed, Breitbart reports.

This is another problem with what is wrong with our nation right now, the ding dong democrat is openly promoting racism.

Breitbart went on to report, last Monday, Biden condemned Kenosha police without condemning the riots. On Wednesday, he finally spoke out against the violence. He has since tried to blame Trump for the riots.

Notably, the ad does not condemn crime, or political violence, or offer any words of support for law enforcement, though Harris is briefly shown laying a wreath next to a man in uniform.

More hate and rhetoric to divide the people and promote more violence in the streets across our nation.  This is how they intend to write their ticket into The White House, I mean why not, the overwhelming guilt mind trick worked for Obama for two terms!