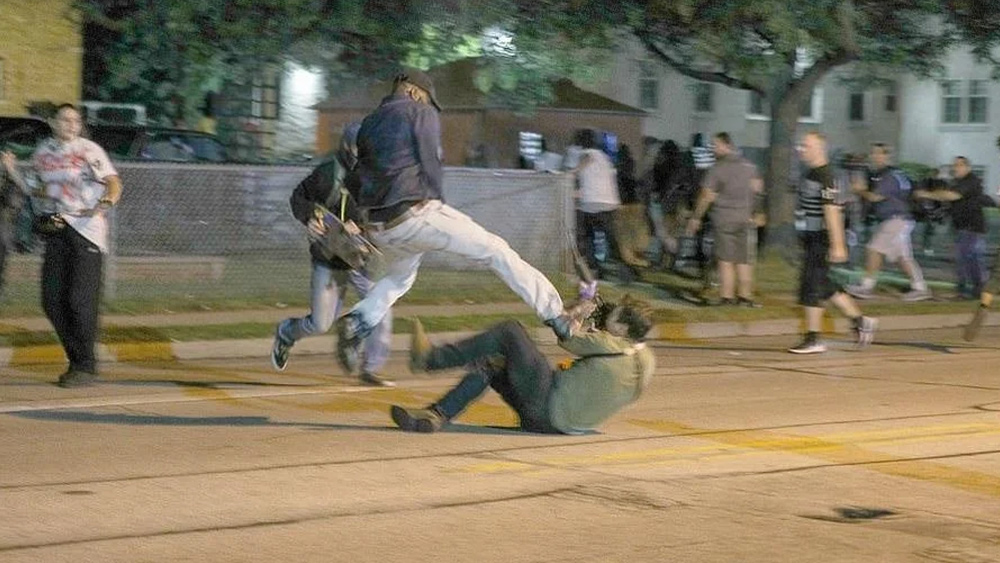 Natural News) New evidence has emerged to suggest that Kyle Rittenhouse, the 17-year-old young man who exercised his Second Amendment rights in defense of his own life during the Kenosha rights, was “turned on” by the left-wing mob after he tried to put out car fires at a local church.

Antifa and Black Lives Matter (BLM) terrorists had been torching innocent people’s vehicles, according to local eyewitnesses, when Rittenhouse intervened to not only extinguish the flames but also protect nearby businesses and other property from being violently destroyed.

It was at this time that Antifa and BLM terrorists swarmed Rittenhouse, beating him with a skateboard and trying to take his life before he opened fire, killing two terrorists and injuring a third in what the mainstream media is now erroneously reporting as “murder.”

One eyewitness stated during an interview on The Vicki McKenna Show, which airs on 1310 WIBA, that Rittenhouse, as well as several military veterans, responded to a call on social media from a business owner who pleaded for someone, anyone, to help protect him and his business, which had already been partially destroyed the night before during previous rioting and looting.

This witness, who referred to himself anonymously as “Walt” to avoid being doxed, told McKenna that Rittenhouse was with his brother, who “was his guardian at the time which made it legal for him to possess a firearm.”

At some point during the melee, Rittenhouse got separated from his brother due to police MRAPs that were deployed in an effort to disperse the “wild” crowds from the area. Police reportedly did not allow Rittenhouse to rejoin his brother or the other military veterans, so he was forced to act alone in self-defense.

With “gunshots” and other “explosions” taking place all around him, Rittenhouse tried to go another way to meet back up with his group, traversing “down on 63rd” before calling Walt and his brother’s group to say, “There’s cars on fire down here.”

“Earlier in the night, he put the Church next door – with another one of our people in the group – he put the Church out of fire,” Walt further explained during the interview. “So he’s running there, cars are on fire, he wants to put the cars on fire out.”

Kyle Rittenhouse is a self-defense hero, not a murderer

As Rittenhouse approached some of the burning vehicles, those from BLM and Antifa who lit them in the first place got upset and approached him, Walt explained. At this point, they terrorized the boy by chasing him around the area and threatening to kill him.

“I mean, they saw him as a young child, so he was prey to them, they could easily take advantage of him, steal his gun, do whatever horrible to him,” Walt contends. “At that point, I believe, is when he defended himself first.”

The full interview with Walt is available at this link about halfway down the page.

“It appears he handed it off to someone else, who put out the (literal) dumpster fire, causing the rioters to begin confronting the peace keepers, resulting in Joe Rosenbaum charging at Kyle Rittenhouse trying to take his gun (eye witness who spoke with police confirms),” Dice added.

You can also check out our earlier report about the encounter, which shows Rittenhouse being violently attacked with a skateboard by BLM and Antifa terrorists.

The evidence proves that any effort to paint him as a murder is purely political.

The latest news about BLM and Antifa rioting is available at CivilWar.news.