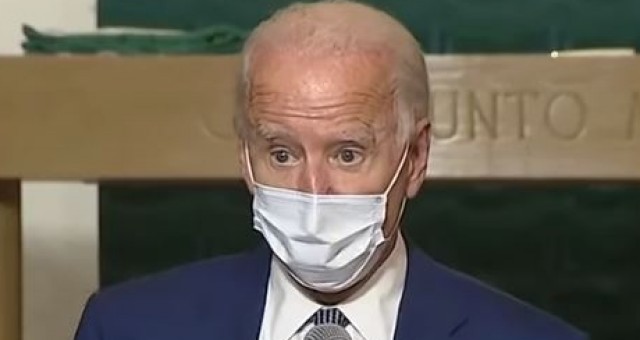 Former Vice President Joe Biden used an unfortunate choice of words Thursday while visiting Kenosha, Wis. in the aftermath of the police shooting of Jacob Blake.

Fox News reports that Biden’s speech aimed at addressing racial unrest veered into talking about inequities in taxes at one point. He stopped himself from laying out his tax policy in detail, saying if he goes on any longer “they’ll shoot me.”

Biden never revealed who “they” are that would “shoot him” as he continued on with his speech.

Joe Biden is Kenosha says that he can't lay out all his plans in more detail because if he goes on any longer "they'll shoot me." pic.twitter.com/N33k3wyuJl

“I can’t say if tomorrow God made me president, I can’t guarantee you everything gets solved in four years,” Biden said. But “it would be a whole better, we’d get a whole lot further down the road” if Trump isn’t re-elected.

If Biden was joking, what timing the wacky ole’ guy has!

It is more than likely that the statement was used to fuel the division further and create more hate towards President Trump and any and all who oppose their radical agenda.

Who knows what the hell he was talking about and frankly- who cares?