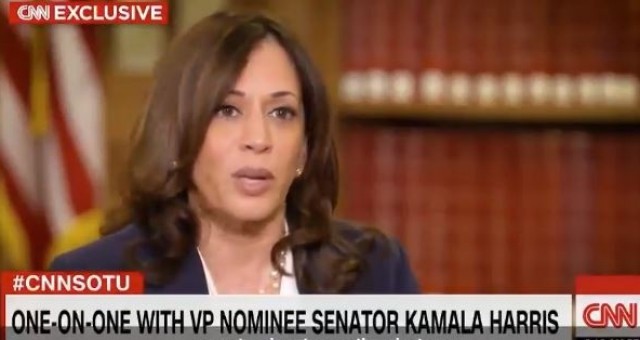 Host Dana Bash said, “I want to ask about Russia. The Department of Homeland Security bulletin said that Russia is trying to amplify claims that mail-in voting will lead to widespread voting fraud and undermine the public’s trust in the upcoming election. Are you worried that Russian interference could cost you the election?”

Here we go again, Russiagate all over again, blaming Russian interference for putting Trump into The White House.

“I am clear that Russia interfered in the election of the president of the United States in 2016. I serve on the Senate Intelligence Committee. We have published detailed reports about exactly what we believe happened. And I do believe that there will be foreign interference in the 2020 election and that Russia will be at the front of the line,” Harris responded.

Bash said, “Could it cost you the White House?”

Kamala Harris says "Russian interference" could cost the Biden campaign the election. If Russia has anything to do w/ costing Democrats the 2020 election, it will be because they've spent four years spewing unhinged Russiagate paranoia to excuse losing the 2016 election. pic.twitter.com/fvJP9csvYn

They can come up with all the excuses they want to attempt to make the loss not hurt so bad, but at the end of the day, the Democrats will lose because they are destroying our nation.