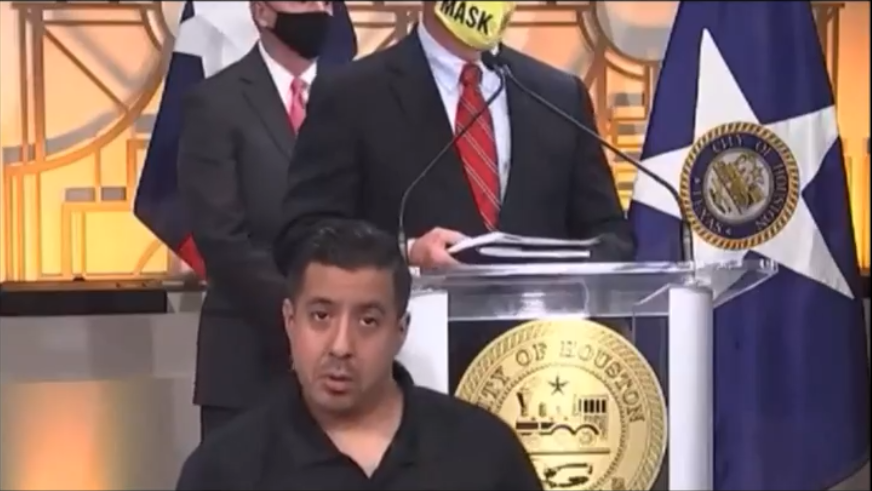 (Natural News) Remember when I warned the government would dispatch vaccine enforcement teams to go door-to-door, forcing people to be injected with chemically-laced vaccine shots at gunpoint?

At the time I first warned this was coming, many people found it difficult to believe.

This is 2020, and now the full tyranny of the medical police state is on display for the entire world to see. In fact, many local governments are thrilled to roll out their medical tyranny programs, and they do so with coordinated P.R. announcements, t-shirts and a full-in media blitz.

With the kind of coordinated fanfare you might normally expect to see in a province of communist China, the City of Houston, Texas has announced a new program that will “randomly” select Houston residents who will be surprise visited at their homes by city officials and paramedics seeking to draw blood from every person living at that address as part of some grand pandemic medical experiment “for the greater good.”

Essentially, there will be a knock on your door, and if you open that door, you will be greeted with needle-gripping “authorities” who will demand that you and all your family members fill out highly intrusive forms and submit to a blood draw. Your blood will then be analyzed and added to a government database, tied to all the personal information you surrendered on the form, all under the guise of an “antibody study.”

From what we’ve seen so far, no city official has yet said the program is voluntary. “If we knock on your door, I strongly encourage you and your loved ones to participate in this important survey,” said Houston Mayor Sylvester Turner in a press release issued by the Houston Health Department.

The medical experimentation teams will all be wearing t-shirts that read, “Better. Together.” as part of the brainwashing / indoctrination training. The very slogan “Better together” is a collectivist / Marxist slogan that means individual rights and freedoms must be sacrificed for the “greater good” of society. This is exactly what you might expect to see in communist China, where individual liberty is non-existent and all people must subject themselves to the power of the State.

As the HHD press release explains:

The entire scheme is being coordinated with — guess who? — the CDC, Rice University and Baylor College of Medicine. It’s being called an “antibody testing survey” but the Houston Health Department then claims a blood draw test, “does not replace oral or nasal swab viral testing…”

Wait, what? So if you get your blood drawn for this COVID medical experiment, you still have to subject yourself to nasal swabs, too?

Check out the City of Houston announcing this “exciting development” in the Brighteon video below, and note the guy never says this is voluntary. A full transcript follows:

Official: This is an exciting development. Our partners with the CDC, Baylor College of Medicine, Rice University and this health department, are going to be embarking on a trial where we are going to be, in advance, randomly selecting addresses across the city. We will be visiting those residences and asking people to participate in this trial.

When your home should be selected, a team consisting of a Houston Health Department employee wearing a “Better.Together.” t-shirt along with a paramedic from the Houston Fire Department, will arrive and explain to you that you are one of the ones, your home is one of the ones that was randomly selected to participate in the program. If that should occur, what you can expect is there will be a simple questionnaire to be filled out and we would ask that would be for every member of the household.

It’s not difficult. It’s pretty straightforward questions. Of course, there will be no questions related to things like Social Security number, bank accounts. None of those types of things. So, if anyone should show up asking those that, that is not us.  We have no interest in that. We are never ever asking those questions. But we will ask about if you have had signs and symptoms of Covid.

If you’ve been exposed to anyone that you know that has/had Covid. Things along those lines. Medical, Covid-related questions. We’ll then ask if we can obtain a blood sample from each member of the household.

Words you never want to hear: You’ve been “randomly selected” to “volunteer” for an important medical experiment run by the CDC

No doubt if you answer “yes” to any questions about showing COVID symptoms, you will be flagged for mandatory medical kidnapping and relocation to the kind of FEMA quarantine camps that are now rapidly expanding in Australia and New Zealand.

And if your blood tests show that you have whatever antibodies they’re looking for, they will come back to your home — since they know where you live — to demand you “volunteer” more blood for medical research.

Notably, the CDC is part of this research, and the CDC claims the power to forcibly kidnap anyone at any time and relocate them to a quarantine camp against their will, completely outside of due process. In fact, the CDC can designate you to be a threat to public health and rip apart your family, confiscate your home and imprison you in a medical quarantine camp without any due process whatsoever. This is current U.S. law under any pandemic “emergency.”

It begs the question: Who would be dumb enough to submit to this medical tyranny in the first place? There is no upside for any person who might be strong-armed into participating in this COVID medical experiment. You only stand to lose: Your privacy, your rights, your blood, your home and your family.

My advice to all those living in Houston is simple: If one of these COVID medical experimentation teams shows up at your door and demands to take blood from you and all your family members:

1) Lock your door and tell them to go f##k themselves.

2) Start recording video as soon as possible. Upload that video to Brighteon.com the first chance you get.

3) Call the police and explain you are being threatened by people impersonating city officials and threatening you with violence (piercing your skin with a needle is medical violence). Explain you told the people to leave and they are refusing, and they are trespassing on private property without a warrant.

4) Ready a firearm for self-defense. Do not initiate violence, but prepare to defend your home and your life if they forcefully enter your “castle.” You may be about to be assaulted and violently attacked by a medical assault team that places no value whatsoever on your privacy, your health or your life.

5) If they break into your home, shooting them in self-defense is your legal right in the State of Texas. You have every right to defend your body, your family and your home against violent attackers and trespassers, even if they claim to be carrying out medical experiments on behalf of the CDC.

Again, do not initiate violence, but you have every right to defend yourself against their violence. The best option in all this is to simply avoid answering your door in the first place.

You want a blood draw? Two can play that game… Here’s why authorities won’t try this in rural Texas

Better yet, move out of every Democrat-run city and escape to free America, which is rural America where stupid officials don’t pull stunts like this for the simple reason that they aren’t suicidal enough to want to get show and spill their own blood when they were really trying to confiscate other people’s blood. (Two can play the “blood draw” game, it turns out…)

It almost goes without saying, but if some “Better Together” team ends up on my front porch in rural Texas, they’re going to have all sorts of blood for antibody tests… their own blood, that is, probably from one or more of my ranch dogs that took a bite out of their ass as they ran across a field or two, dodging teeth and claws as they passed numerous “no trespassing” signs and somehow scaled multiple barbed wire cattle fences and dodged tall mounds of fire ants and nopal cactus spines. No wonder they plan to bring their own paramedics to such efforts… they’re gonna need the trauma kits!

Final note to Houston city officials: Showing up unannounced, unexpected, at random homes in Texas — demanding blood from all the people who live there — has got to be the dumbest medical idea I’ve ever heard. It could only come from a bunch of bungling Democrats who are so clueless about biology that they think men can get pregnant and women can produce sperm. They still don’t know that chromosomes determine your gender, not some fairy magic wishing wand that you wave over your crotch. To even think that these lunatics could competently draw blood, analyze blood and run any meaningful statistical analysis on antibodies is to imagine that pigeons can play chess.

These are the dumbest people on the planet, which is why most Democrat-run cities are collapsing into destitution, homelessness and filth. In Texas, that’s Austin, Houston, Dallas / Ft. Worth and San Antonio. This is where the DEMONrats live, and yes, they’re out for your blood. And once they’re done collecting your blood, they’ll probably swing by the local Planned Parenthood for some ritualistic child blood festival activities to hail Satan as they murder human babies, all while claiming they’re working for the “greater good.”

It’s all a sham. These so-called “officials” are anti-human demons. They probably want your blood for some sort of sick pentagram witches’ brew spells or something similarly perverted like the popular Democrat “spirit cooking” dinners where they dine on human blood in the basements of wealthy Joe Biden donors. These lunatics wouldn’t recognize real science or medicine if they tripped over it, but when they say they want your blood, you should believe them. They do want it, but not for some public health program, for God’s sake. They’re probably harvesting adrenochrome to sell it to the Clintons.

The bottom line? When it comes to COVID, stay away from all officials, period. They are up to no good, and they’re obviously lying about their intentions. For all we know, they’re probably running around Houston injecting people with a new strain of the Wuhan coronavirus in order to spread the pandemic and keep their weaponized lockdowns in place, crushing human freedoms in an effort to politically hurt President Trump.

If they want blood so badly, they can go bleed each other out on the steps of Houston City Hall and do us all a favor. After all, this entire pandemic is a government creation in the first place. They built it, they released it, and now they want our blood? Get real. If you want to end the nightmare of COVID-19, slash the size of government, fire all the corrupt bureaucrats and restore individual liberty across America.

There’s your answer to COVID.