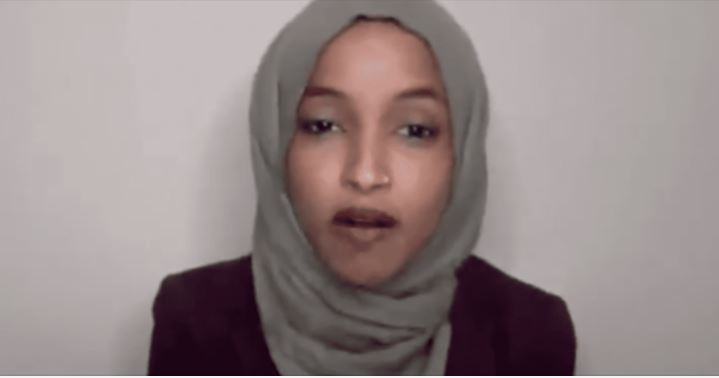 Rep. Ilhan Omar (D-MN) released a video Sunday that described more than three months of riots as an “uprising over centuries of racial neglect and oppression,” Breitbart reports.

Yes, there’s so much racial oppression and neglect in America, a Muslim immigrant from Somalia can be elected to the U.S. House of Representatives in a state called Minnesota.

Omar is simply feeding the flames of hate and division in our nation.  Adding fuel to the democratic racism train that is allowing Black Lives Matter and Antifa to get away with violent crimes as well as looting and harassment.

“As we speak, we are in the midst of an ongoing uprising over centuries of racial neglect and oppression.

We can’t talk about the protests in Minneapolis or Kenosha … without first looking inward.

We maintain a system that binds millions to desperate poverty, a system that doesn’t provide the most basic necessities, like food, shelter, and medicines.

Whether they are brutalized by police, by austerity economics, or by politicians who simply do not care about us, our nation is crying out desperately for change. We need to fundamentally change the way our society treats its most vulnerable because this has gone [on] long enough.”

Rep. @IlhanMN: "We are in the midst of an ongoing uprising over centuries of racial neglect and oppression." pic.twitter.com/XyzJ85JIqQ

Yes, life must be so hard for her to get paid 6 figures a year and to hold an office in the very nation he desires to destroy so that they can build the, New America.

In fact, I find it hilarious that Omar migrated to the United States, being such a racist nation and all.

Then she allegedly commits marriage fraud, immigration fraud, tax fraud, and campaign Finance fraud and is cries about oppression?

How she still holds office is baffling and why no charges have been brought against her is criminal in itself!