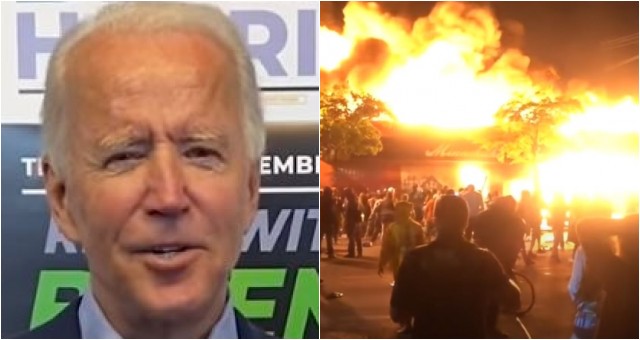 A coalition of leftist groups is “secretly” discussing how to mobilize and prepare for what it envisions as a “political apocalypse” full of violence and chaos if Democrat presidential candidate Joe Biden fails to win a landslide victory on November 3, the Daily Beast reported Monday.

“Occupy shit, hold space, and shut things down, not just on Election Day but for weeks,” an unnamed source said in describing the coalition’s effort, dubbed the “Democracy Defense Nerve Center,” Breitbart reports.

There has been multiple sources over the past month or so, that have released information on “underground” activist groups that are preparing and training for mass chaos.

Breitbart went on to report, the leftist group, convened by the relatively secret Fight Back Table (FBT), reportedly discussed their plans in secret during a Zoom virtual meeting.

Referring to the meeting, the Daily Beast reported:

Over the course of two hours, participants broached the question of what the progressive political ecosystem can functionally do in a series of election scenarios. They began charting out what it would take to stand up a multi-state communications arm to fight disinformation, a training program for nonviolent civil disobedience, and the underpinnings of what one official described as “mass public unrest.”

These groups are heavily focused on removing President Trump from office as well as different scenarios which all lead to a second revolution in which they control our nation as a “New America”.