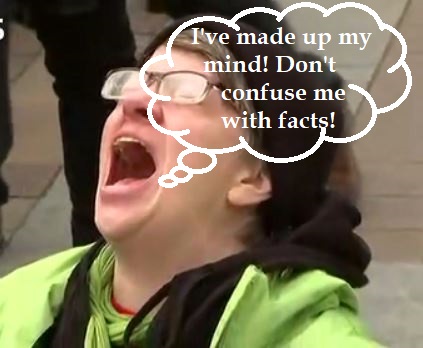 The polls leading up to the 2016 presidential elections showed Hillary Clinton winning, but the polls turned out, happily, to be wrong.

Democrats, who had believed the polls, were outraged.

To this day, Demonrats are in denial, having convinced themselves that their candidate lost because Trump had colluded with those dastardly Russians — for which, after a two-year exhaustive FBI investigation that cost taxpayers millions of dollars, there is zero evidence.

Of course, that hasn’t stopped Demonrats in repeating the fake Russian collusion story because of their “I’ve made up my mind! Don’t confuse me with facts!” psychopathology.

Well, the signs are pointing to the polls being wrong again in the 2020 election.

Although polls after the Democrat and Republican party conventions show that Joe Biden still has a four-point lead over Trump, this is why those polls are wrong: Many Trump supporters simply are not telling people for whom they’ll vote on November 3.

On September 3 and 6, 2020, Rasmussen Reports conducted a national phone and online survey of 1,000 likely voters, with a +/- 3 margin of sampling error and a 95% level of confidence.

The survey found that: