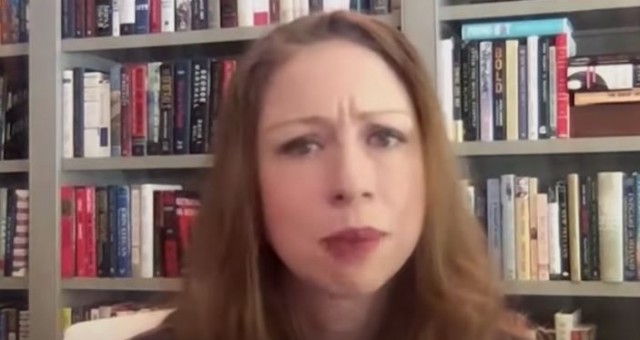 Former first daughter Chelsea Clinton said she was teaching her children to “erode” their “white privilege” over time during a national Women for Biden organizing call with Rep. Ayanna Pressley (D-MA), Breitbart reports.

Clinton said, “You know, 40% of Americans with disabilities report that they have real challenges voting in person. And so in states where there haven’t been, kind of, no-excuse absentee voting or where there hasn’t been the introduction of early voting yet, you know, it still isn’t, kind of, easy, fair or equal for many Americans to vote.”

Someone needs to explain to Chelsea Clinton that the life she grew up in and currently lives is that which very few ever do.  Across our nation we have children starving, poor, no education and homeless.  She was raised spoiled and by elite, though corrupt, parents that are the real form of “oligarch privilege”.

Over the years mainstream media has convinced, along with the corrupt politicians, that we have a “white privilege” and those who are not white are sub-human.

The sheep cannot drink it up fast enough, they refuse to see that the agenda has always been that if you are not rich and part of the corrupt, then you are nothing but cattle- regardless of your color.

The great Dinesh D’Souza weighed in on the coddled, pampered, spawn of Bill and Hillary Clinton.