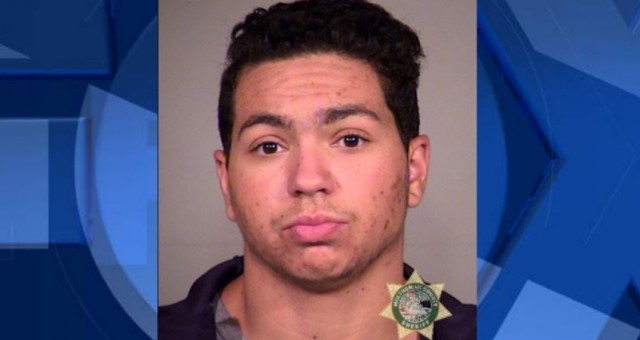 PORTLAND, OR —Laurielle Yvette Aviles, 29, of Portland, has been charged by criminal complaint with civil disorder, a felony, after punching a Portland Police Bureau officer in the face during a declared riot on July 3, 2020.

In the early morning hours of July 3, 2020, a Portland police officer was executing an arrest of a rioter when Aviles is alleged to have forcibly intervened. Aviles attempted to pull the officer off of the arrestee and punched the officer in the face. The arresting officer tried to gain control of the arrestee and Aviles, but was unable to do so. A second officer observed the struggle and saw Aviles throwing punches. The second officer intervened and was able to place Aviles under arrest. Aviles was later released by state authorities.

On September 8, 2020, Aviles surrendered to the U.S. Marshals Service. Today, Aviles made a first appearance in federal court before a U.S. Magistrate Judge and was released pending further proceedings. If convicted, Aviles faces a maximum sentence of five years in federal prison.

This case was investigated by the FBI. It is being prosecuted by the U.S. Attorney’s Office for the District of Oregon.

A criminal complaint is only an accusation of a crime, and a defendant is presumed innocent unless and until proven guilty.

We want to thank all the brave men and women who have dedicated their lives to keeping America safe.

These radical left-wing animals need to be prosecuted, convicted and sent to prison where they belong.