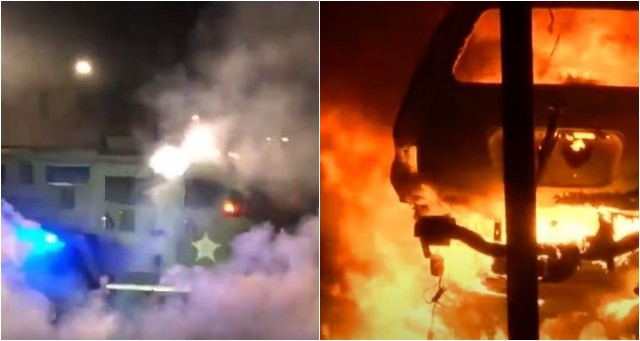 Rioters and looters — like many on the left — have parroted the same lines this summer to somehow make their immoral actions morally upright.

To wit: Last month Black Lives Matter members in Chicago held a rally supporting and defending more than 100 people who were arrested for looting in the city the previous night. BLM organizer Ariel Atkins justified the estimated $60 million in damages as “reparations,” The Blaze reported.

The indoctrination of our youth is showing more and more these days as they honestly believe in socialism, Marxism and that the riots and looting all over our nation are justified.

With that in mind, Campus Reform headed to George Washington University in Washington, D.C., to ask college students what they thought about the looting and rioting. Their answers were less than surprising, unfortunately.

“In my opinion, it definitely can be justified given that’s the only way we can get our message out there,” said one student, while another added, “I’m in support of the riots personally, whatever you need to do to be heard…”

One student called the riots “inevitable,” claiming that “if change is gonna come there’s gonna be some violence.”

Other students agreed, saying “Honestly, I think it’s justified. People in power have stolen so much more. Anything that any of them loot will never match up to what’s been stolen from them.”

“In the case of many white nationalist protests that have gotten violent, the conversation has never been about their looting or the violence they bring. It’s easier to characterize people of color as violent than white people I guess,” added another.

This is the mindset of today’s youth, sadly it is the majority belief and the few who stand against it get verbally and physically attacked.