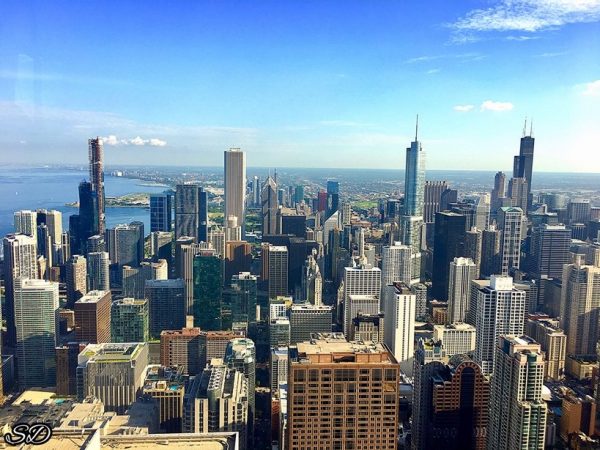 Somehow, this is all the fault of white people. [‘There’s not a comparable year’: Homicides are up 52% in Chicago amid COVID-19, with majority involving people of color, USA Today, September 17, 2020]:

CHICAGO – The nation’s second-largest county has recorded more homicides this year than in all of 2019, the majority of which – 95% – were people of color, the Cook County Medical Examiner’s Office announced this week.

Chicago accounts for most of the deaths, with much of the violence occurring in a handful of neighborhoods on the city’s south and west sides.

The Windy City – like others across the country – has seen an uptick in violent crimes this summer amid the coronavirus pandemic, mass layoffs and nationwide unrest. Murders and shootings are up 52% from the same time last year, according to police data, and dozens of children under 10 years oldhave been shot, some fatally.

In July, the city saw its largest mass shooting in recent memory, when 15 people were shot at a funeral on the city’s South Side.

“Facing illnesses, facing deaths, facing also the higher rates of unemployment and loss of income in our communities has also, unfortunately, played a role in the levels of violence we’ve seen throughout the year,” Katya Nuques, executive director of a community organization in the predominantly Latino Little Village neighborhood, said during a press conference Wednesday.

“The pandemic really has highlighted the vulnerabilities our communities already faced.”

Thousands of Chicagoans have lost their jobs amid the pandemic, which has disproportionately affected people of color in the city. There have been more than 75,000 cases of COVID-19 in Chicago, and nearly 3,000 people have died, with three in four deaths among people who are Black or Latinx, according to city data Tuesday.

Demeatreas Whatley, a violence interrupter with the organization Cure Violence in the South Side neighborhood of Grand Crossing, which has historically seen high rates of shootings, said that his community feels “on edge” this year.