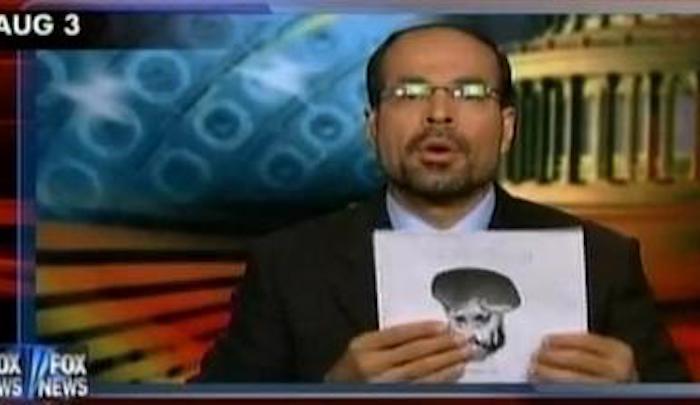 Netflix’s Cuties, which glamorizes pedophilia under the guise of providing what it calls “a critical look on pressure society puts on young girls to act sexual,” has been roundly denounced. But now the Hamas-linked Council on American-Islamic Relations (CAIR) has added a new twist. Besides criticizing the series for its “hyper-sexualization of children,” the Islamic group is enraged over the series for something virtually no one else has noticed: It portrays Islam negatively.

According to Media Play News, CAIR’s objections to the film started out reasonably enough. CAIR’s co-founder and longtime executive director Nihad Awad declared: “We join other Americans in calling on Netflix to remove this disturbing film from its platform. Although the filmmakers behind Cuties have argued that the film is meant to criticize the hyper-sexualization of children, a film cannot criticize the abuse of children while abusing children.”

On that, CAIR and I agree at last: The film is a disgusting illustration of how degenerate popular culture has become. It’s the kind of decadent display we have seen in declining civilizations of the past, and that is not a good sign.

But CAIR had more to say than just that. The film “demeans the Islamic religion,” according to CAIR, because it portrays the father of one of the characters as a polygamist, and “her mother as oppressed.” It apparently also “features a scene in which her family conducts an exorcism, leading the young girl to gyrate and ‘twerk’ while wearing revealing clothing, all as an Arabic recitation plays in the background.”

“None of this should be acceptable in American society, especially the sexual objectification of children,” Awad thundered. “Netflix should immediately remove the film and apologize to the public.”

Why, yes, Nihad, yes. But wait a minute. CAIR is upset because the film depicts the Muslim girl’s father as a polygamist? But Islam allows for polygamy. The Qur’an says that a man can have up to four wives (4:24). Muhammad himself had multiple wives, and polygamy is still approved in Islamic law to this day.

Last January in India, the All India Muslim Personal Law Board stated, in response to a legal challenge to polygamy, that the practice was justified in the Qur’an and Sunnah, and therefore non-Muslims had no right to challenge it. There is no record of CAIR criticizing the All India Muslim Personal Law Board for misunderstanding Islam. And in October 2019 in Malaysia, a survey revealed that seventy percent of Muslim women had no problem with the concept of polygamy, although only thirty-two percent said they would be okay with their husbands practicing it.

In Russia a year ago, Ildar Alyautdinov, the mufti of Moscow, asserted that “legalizing polygamy would guarantee women’s rights.” He called for a “legislative-level protective mechanism for women to become full-fledged second wives” and said that polygamy “will help solve many social woes. Additionally, there’d be much less sinfulness and fornication that’s spreading so rapidly.”

There is a great deal more of this. Because polygamy is allowed in the Qur’an, for a Muslim to reject it in principle would be tantamount to heresy or even apostasy. So Netflix portrayed a polygamous Muslim in Cuties, and that’s offensive? Perhaps Nihad Awad has forgotten that his CAIR colleague Ibrahim Hooper stated back in 2007 regarding polygamy that “Islamic scholars would differ on whether one could do so while living in the United States.”

He was not reported as having said anything about working against this practice among American Muslims, despite its illegality. The New York Times reported that same year that “immigration to New York and other American cities has soared from places where polygamy is lawful and widespread, especially from West African countries like Mali, where demographic surveys show that 43 percent of women are in polygamous marriages.”

And CAIR is angry because the Muslim girl’s mother is oppressed? But the Qur’an says that a man can beat a woman from whom he fears disobedience (4:34), and that a woman’s testimony is worth half that of a man (2:282), and that a woman should inherit less than her brothers do (4:11), and that a man can marry and divorce even a prepubescent girl (65:4), and much more — and yet apparently Nihad Awad would have us believe that Cuties is out of line for showing a Muslim woman actually suffering under all this and more. The fault, Mr. Awad, lies not in Netflix, but in the Qur’an – but of course, I don’t expect you to admit that.

There is a bright side: Given the general solicitude for Muslims and determination to avoid offending them, Netflix is far more likely to drop the film because Muslims are angry than because non-Muslim conservatives are. But whether they do or not, the fact remains that CAIR is angry because people who watch Cuties will find out about aspects of Islam that they work hard to conceal. Still, Nihad Awad and company needn’t worry: The audience for this film will be preoccupied with other matters.