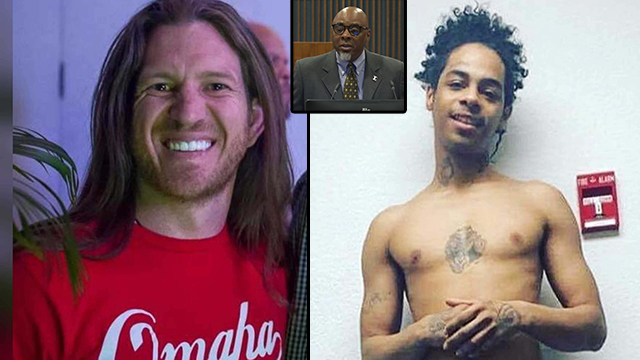 Bar owner Jake Gardner shot and killed a rioter three months ago in what Douglas County attorney Donald Kleine ruled was self-defense only to be indicted earlier this week on a host of absurd charges by special prosecutor Frederick Franklin to please the Black Lives Matter mob.

BREAKING: Omaha Bar Owner Charged For Killing Rioter That Attacked Him and His Business Has Committed Suicide

I am extremely sad to report this one.https://t.co/LSCEWrE4Kg

Fredrick Franklin, an assistant U.S. attorney in the U.S. Attorney’s Office in Omaha, is the one who went for charges after the District Attorney ruled it was self defense.

He should be fired and sued into oblivion. https://t.co/HgO3D7GNxL pic.twitter.com/gyQ0S5Fien

A Nebraska bar owner that killed a rioter who was attacking him and his business has committed suicide, a friend of Jake Gardner has confirmed to The Gateway Pundit.

The bar owner, Jake Gardner, was indicted by a grand jury on counts of manslaughter, use of a firearm in the commission of a felony, attempted first-degree assault and making terrorist threats after intense political pressure was placed on the city. The district attorney had originally ruled it was self defense.

On May 30, the 38-year-old veteran confronted a group of rioters outside one of the bars he owns in Omaha and was knocked to the ground.

“From there, he fired two warning shots and tried to get to his feet, prosecutors said. As he did, Gardner got into a fight with one man, James Scurlock, 22. The two scuffled before Gardner fired a shot that killed him,” Yahoo News reports.

The rioter who was shot had repeatedly broken windows at the bar and other businesses in the area.

The incident prompted a wave of further “protests,” particularly after Donald Kleine, the Douglas County attorney, determined that Gardner had acted in self-defense and declined to bring charges.

“A week later, Kleine said in a statement that after hearing from local residents and elected officials he would welcome an outside review ‘in this rare instance.’ He added, ‘I made a decision and I would not change that decision based on everything I know today,'” the Yahoo report explains.

Why would Kleine “welcome” this man being run through the wringer for defending himself?

Is his being forced to take a life, having your businesses destroyed and then being harassed for months by Black Lives Matter mobs not enough?

Douglas County District Court Judge Shelly Stratman then appointed a special council, Fredrick Franklin, an assistant U.S. attorney in the U.S. Attorney’s Office in Omaha, to handle the case, though they said they expected the same outcome. Instead, Franklin bowed to pressure and dug up evidence and came up with charges.

“The manslaughter charge, he said, is related to Scurlock’s death; the attempted assault charge resulted from the second warning shot Gardner fired; the charge of making terrorist threats is linked to ‘a verbal confrontation’ that Gardner had with Scurlock, Franklin continued,” Yahoo reports.

On Friday, a judge signed off on an arrest warrant for Gardner.

A GoFundMe fundraiser to raise money for his defense was deleted by the platform.

Gardner was allegedly planning to turn himself in to the police on Monday. His family and friends believed that his bail was expected to be one million dollars.

In a video from Trump’s inauguration, Gardner’s kindness really shined as he explained that though he supports the president, he also supported the Women’s March and their right to be heard.

Hillsboro Police said in a statement that Gardner’s body was found in Hillsboro, Oregon outside a medical clinic at around 12:20 p.m. on Sunday.

“Gardner shot himself after authorities in Hillsboro, Oregon, received a call of a suicidal party, said two law enforcement sources who spoke on condition of anonymity,” the Omaha World-Herald reported.

In America, leftists can riot, loot, burn down buildings and topple statues and Soros-funded District Attorneys will let them out of jail and drop all charges against them but if an American patriot defends himself from the mob he can be prosecuted even after a county prosecutor exonerates him!

We don’t even have the right to defend ourselves in Omaha, Nebraska!

How much longer are the American people going to put up with this charade?

Corrupt officials like Frederick Franklin are the ones who should be put on trial!