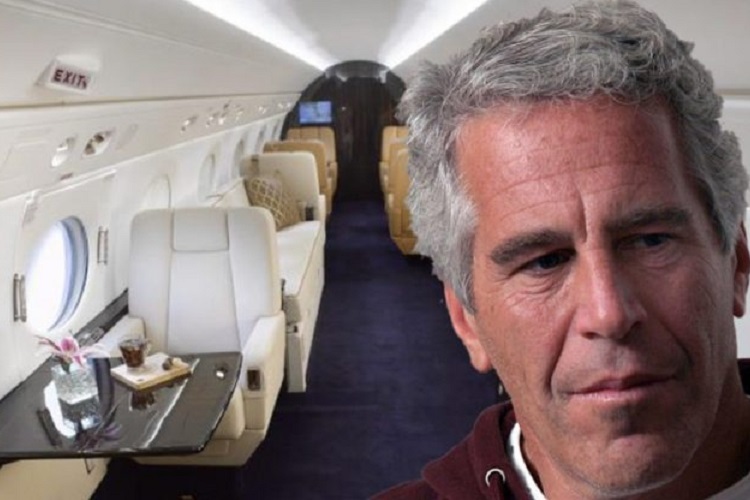 The flight logs for Jeffrey Epstein’s private planes, including his “Lolita Express” jet, have been subpoenaed by the attorney general of the U.S. Virgin Islands, in a move that is believed to have sparked a panicked response from the wealthy and elite figures who partied with the deceased pedophile and disgraced financier.

Virgin Islands Attorney General Denise George has demanded that detailed lists documenting every passenger to step onboard his aircraft be handed over, so that courts can shed further light on the crimes he carried out while residing in his opulent mansion in the U.S. territory.

The lists would encompass anyone who flew on his four helicopters and three planes spanning the years 1998 until August 2019, when Epstein allegedly ‘killed’ himself in a New York jail while facing a potential prison sentence of up to 45 years on charges of pedophilia and sex trafficking.

The subpoena is a part of a broader against Epstein’s estate filed by the Virgin Islands’ attorney general, which alleges 22 counts including human trafficking, aggravated rape, forced labor, prostitution, child abuse and neglect, reports The Mirror.

Attorney General George is also demanding that all “complaints or reports of potentially suspicious conduct” be handed over, along with the names and contact details of those who worked for the pilots or “interacted with or observed” Epstein and any passengers associated with him be handed over.

Previous logs from 2009 detailing the names of flights by pilot David Rodgers resulted in a bombshell in world media after prominent figures including Bill Clinton, Prince Andres, Kevin Spacey, Chris Tucker and Naomi Campbell had each been on board the so-called “Lolita Express” jet.

However, their mere presence on the jet does not suggest that they were aware of Epstein’s grave misconduct.

“The records that have been subpoenaed will make the ones Rodgers provided look like a Post-it note,” a source told the outlet. “There is panic among many of the rich and famous.”

According to attorneys for Epstein’s victims, the 2009 logs don’t include the voluminous records of flights by chief pilot Larry Visoski, who flew for Epstein for over 25 years.

The news comes as British socialite and alleged sex trafficker Ghislaine Maxwell, 58, continues to be held in a New York jail on charges that she assisted Epstein in grooming and sexually abusing young women and girls.

In July, U.S. prosecutors ordered the unsealing of over 80 documents, totaling hundreds of pages, that meticulously detailed Maxwell’s dealings with Epstein, her former boyfriend and associate.

The documents included flight logs from Epstein’s private jets, details about Maxwell’s sex life that lawyers had tried to prevent the release of, and the transcript of a seven-hour, 418-page deposition Maxwell had given which her attorneys describe as “extremely personal [and] confidential.”

Like her former partner Epstein, Maxwell is intensely well-connected with various members of political and business elites. Photographs have long circulated of Maxwell posing at social events with prominent figures drawn from political, cultural, and financial elites, yet those captured in photos with her deny any knowledge of her wrongdoing. Maxwell is known to have attended nearly every high society social gathering in New York City for a number of years.