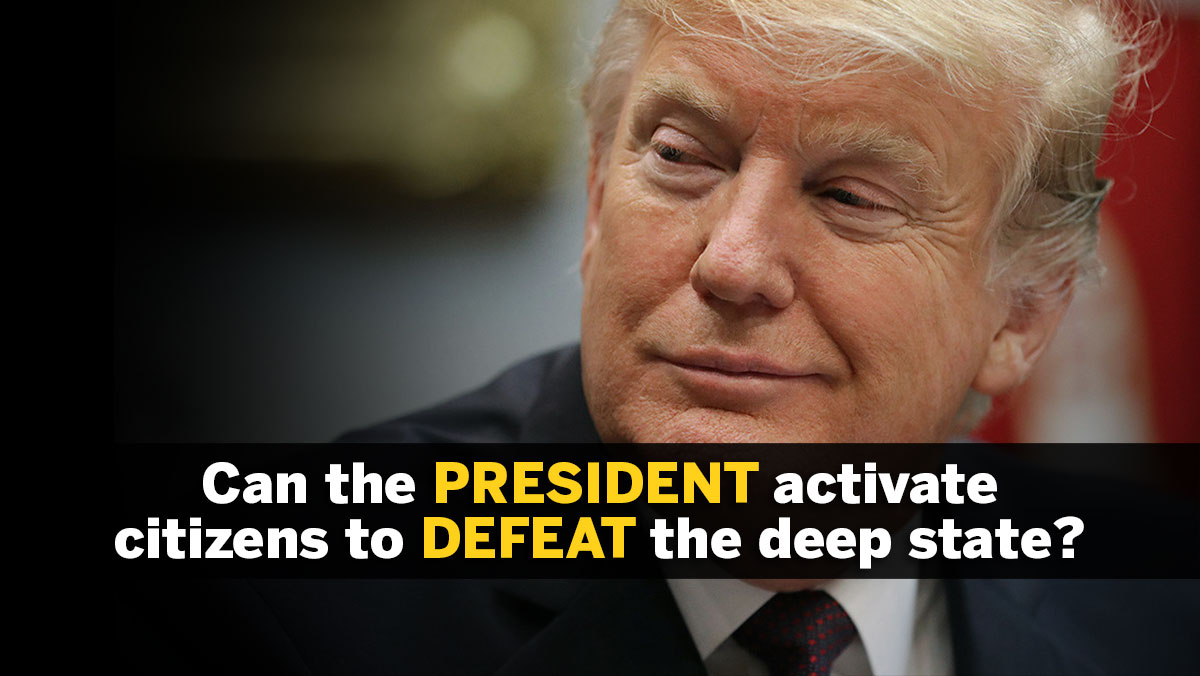 (Natural News) It’s becoming more obvious by the day that the Marxists who have hijacked the Democratic Party are fully aware that they have no chance of defeating President Trump with an elderly man whose mental faculties are fading fast.

It’s obvious because of the scheming that is taking place overtly and behind the scenes to cause as much election day and post-election day chaos in America as possible — with the singular objective of taking Trump’s victory away and depriving Americans of their duly elected president.

All while overthrowing our form of government and replacing it with an authoritarian model of the kind which turns free-thinking, liberty-minded people into slaves of the state.

And the man who is allegedly behind all of this has been identified: His name is Norm Eisen, a “legal hatchet man” who is leading a “color revolution,” according to Revolver.news.

In our report on Never Trump State Department official George Kent, Revolver News first drew attention to the ominous similarities between the strategies and tactics the United States government employs in so-called “Color Revolutions” and the coordinated efforts of government bureaucrats, NGOs, and the media to oust President Trump.

Our recent follow-up to this initial report focused specifically on a shadowy, George Soros linked group called the  Transition Integrity Project (TIP), which convened “war games” exercises suggesting the likelihood of a  “contested election scenario,” and of ensuing chaos should President Trump refuse to leave office. We further showed how these “contested election” scenarios we are hearing so much about play perfectly into the Color Revolution framework sketched out Revolver News’ first installment in the Color Revolution series.

Describing Eisen as “one quiet and…mostly overlooked participant” in the wrongly-named Transition Integrity Project ‘war game’ exercise, Revolver News laid out exactly who (and what) he is and is capable of:

— He implemented the “David Brock blueprint” for suing Trump into paralysis and, hopefully, oblivion;

— He helped to amplify and then mainstream the fabricated “Russian collusion” hoax;

— He drafted 10 articles of impeachment weeks before the president even called the Ukraine president last year;

— He then served as special counsel for the Democrat-imposed impeachment;

— He developed a template for Internet censorship of global leaders;

— He devised a handbook of sorts for the mass mobilization of ‘racial justice protesters’ so that democratic election results could be overturned.

In short, this is a man who is perhaps the most prepared to implement plans and strategies to take down a president whose biggest ‘fault’ is that he’s not a deep state stooge and really did run to improve our country for average Americans — something the establishment wings of both parties and the military industrial complex simply won’t tolerate.

“There is no purer embodiment of Revolver’s thesis that the very same regime change professionals who run Color Revolutions on behalf of the US Government in order to undermine or overthrow alleged ‘authoritarian’ governments overseas, are running the very same playbook to overturn Trump’s 2016 victory and to preempt a repeat in 2020,” Revolver News reported. (Related: You now have 49 days to get your rifles ready for self-defense, and they’re probably sighted in at the WRONG range… see this important ballistics video from the Health Ranger.)

Translated, the same deep state apparatus employed and utilized to disrupt and destroy foreign governments is now being deployed against our very own president, in a continuation of the coup that began in the waning months of Barack Obama’s regime.

And the treasonous so-and-so at the center of it, Eisen, actually used to be Obama’s ‘ethics’ czar — which helps explain how Obama got away with patently illegal acts like creating the DACA immigrant program out of thin air and spying on all Americans via the NSA (which Edward Snowden exposed).

What is a ‘color revolution,’ exactly? Revolver News explains:

A “Color Revolution” in this context refers to a specific type of coordinated attack that the United States government has been known to deploy against foreign regimes, particularly in Eastern Europe deemed to be “authoritarian” and hostile to American interests. Rather than using a direct military intervention to effect regime change as in Iraq, Color Revolutions attack a foreign regime by contesting its electoral legitimacy, organizing mass protests and acts of civil disobedience, and leveraging media contacts to ensure favorable coverage to their agenda in the Western press.

Anyone who’s been paying any attention at all to what’s been going on in our country over the summer can relate to this activity. Naturally occurring events like the COVID-19 pandemic and the George Floyd incident were readily exploited by Eisen and his cohorts to create as much angst and instability as possible leading up to the November elections.

The coup de grace is coming: Election chaos. Shutdowns and economic instability was part of the coronavirus exploitation, but pushing for (and getting, in many cases) widespread mail-in balloting is the exploitative icing on the cake.

Eisen and his deep state operatives know that voter registration lists are notoriously out-of-date, meaning scores of ballots are going to be mailed willy nilly to inaccurate lists that include people who have died or moved, only to be filled out by operatives claiming to be the recipients on the inaccurate lists. Why do you think the garbage media has been pushing back so hard against Trump’s claims that mass mail-in balloting is going to be ripe for fraud? Because that’s part of the Eisen “Playbook” — the manual on color revolutions that he wrote.

“And there we have it, folks—Norm Eisen, former Obama Ethics Czar, Ambassador to Czechoslovakia during the ‘Velvet Revolution,’ key counsel in impeachment effort against Trump, and participant in the ostensibly bi-partisan election war games predicting a contested election scenario unfavorable to Trump—just happens to be a Color Revolution expert who literally wrote the modern ‘Playbook’ in the explicitly acknowledged tradition of Color Revolution Godfather Gene Sharp’s ‘From Dictatorship to Democracy,’” Revolver News reveals.

What’s happening here is a replay of the 1960s, only this time around, the deep state/military industrial complex cannot simply assassinate the president and those who support him: They have to take him down in a manner that looks legitimate, even though it has not even a thread of legitimacy.

The lines are drawn. The left-wing Marxist cabal running this operation believe now is the time. They know without any doubt there is no way to run ‘a Democratic presidential candidate’ who can beat Trump. He’s got way too much backing around the country; far too much support.

So the plan is to depose him and make it look like it’s all on the level — like Biden won the vote (with phony ballots and lots of favorable media coverage claiming he won) all while painting Trump as the ‘authoritarian who refuses to leave,’ just like they ‘told us’ he wouldn’t.