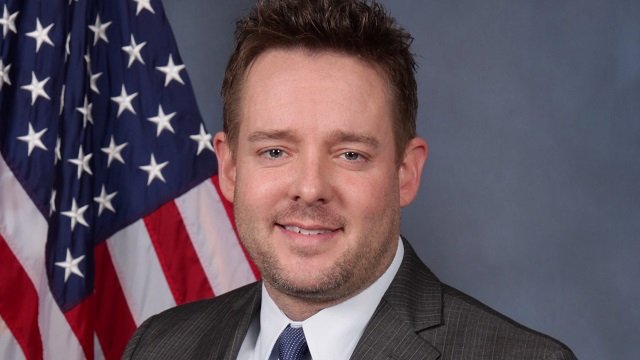 Sergeant Jonathan Mattingly of the Louisville Metro Police Department, who was shot by Breonna Taylor’s boyfriend while leading a drug raid on their apartment in March, sent out a fiery email to around 1,000 police officers at 2 AM on Tuesday lamenting how cops are being “demonized” in the age of Black Lives Matter while “criminals are canonized.”

“You DO NOT DESERVE to be in this position,” Mattingly said. “The position that allows thugs to get in your face and yell, curse and degrade you. Throw bricks, bottles and urine on you and expect you to do nothing. It goes against EVERYTHING we were all taught in the academy. The position that if you make a mistake during one of the most stressful times in your career, the department and FBI (who aren’t cops and would piss their pants if they had to hold the line) go after you for civil rights violations. Your civil rights mean nothing, but the criminal has total autonomy.”

New: LMPD Sgt. Jonathan Mattingly (who is being investigated as part of Breonna Taylor’s case) sent an email to around 1,000 officers at 2am that calls protestors thugs, complains about the government enforcing civil rights violations, and claims this is "good versus evil” pic.twitter.com/VcuyPDP790

Read his full letter from KGNS:

You DO NOT DESERVE to be in this position. The position that allows thugs to get in your face and yell, curse and degrade you. Throw bricks, bottles and urine on you and expect you to do nothing. It goes against EVERYTHING we were all taught in the academy. The position that if you make a mistake during one of the most stressful times in your career, the department and FBI (who aren’t cops and would *** their pants if they had to hold the line) go after you for civil rights violations. Your civil rights mean nothing, but the criminal has total autonomy.

We all signed up to be police officers. We knew the risks and were willing to take them, but we always assumed the city had your back. We wanted To do the right thing in the midst of an evil world to protect those who cannot protect themselves. To enforce laws that make it possible to live in a peaceful society. We as police DO NOT CARE if you are black, white, Hispanic, Asian, what you identify as…this week. We aren’t better than anyone. This is not an us against society, but it is good versus evil. We are sons, daughters, husbands, wives, parters (sic), brothers, sisters, dads and moms. We are human beings with flaws, feelings and emotions.

Now I’m just rambling, but I want you to know that I’m still proud to be a cop. To be an LMPD cop. No matter the ineptitude in upper command or the [mayor’s] office, this is one of the greatest jobs on earth. With that being said these next few days are going to be tough. They are going to [belong], they are going to be frustrating. They will put a tremendous amount of stress on your families. Do not let your ego get you in a trick bag. Have your partners 6. [De-escalate] if possible. DO NOT give the pencil pushers at the top, you know the ones who are too scared to hold the line, a reason to open investigations on you. The same ones that couldn’t make decisions to save their lives. We need leaders that lead from the front and not in a room under a desk. Do what you need to do to go home [to] your family. Just do it with dignity and make sure you can justify your actions because everything down there is recorded.

I don’t know a lot of you guys/gals but I’ve felt the love. Regardless of the outcome today or Wednesday, I know we did the legal, moral and ethical thing that night. It’s sad how the good guys are demonized, and criminals are canonized. Put that aside for a while, keep your focus and do your jobs that you are trained and capable of doing. Don’t put up with their ****, and go home to those lovely families and relationships.

I wish I were there with you leading the charge. I’ll be praying for your safety. Remember you are just a pawn in the Mayors political game. I’m proof they do not care about you or your family, and you are replaceable. Stay safe and do the right thing. YOU ARE LOVED AND SUPPORTED by most of the community. Now go be the Warriors you are, but please be safe! None of these “peaceful” protesters are worth your career or freedom. God speed boys and girls.”

Louisville Mayor Greg Fischer declared a state of emergency on Tuesday ahead of a grand jury decision on whether to indict the 3 officers involved in the raid where Breonna Taylor was killed.

Shops were boarded up and the city was a ghost town in preparation for a new round of Black Lives Matter riots.