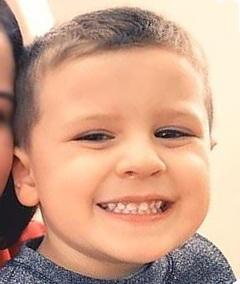 Previously on SBPDL: His Name Is Cannon Hinnant: Five-Year Old White Boy Shot and Murdered Execution-Style by Black Neighbor… for Riding His Bike in His Lawn

Is there an equivalent of a white person murdering an under five-year-old black child? The outrage would be national, no, International news, and justifiably so, for there is nothing as grotesque as a bullet striking a child.

But when a black shooter opens fire in an apparent home invasion and kills a four-year-old white child, the news is barely mentioned even in the local press.

His Name is Rowan Sweeney, a white four-year-old who died as his mother held him, murdered by Kimonie Bryant, a black male with a criminal history.

A 4-year-old boy was shot and killed and four adults were wounded in a shooting that occurred early Monday at a home near the Ohio-Pennsylvania border.

The shooting occurred around 2 a.m. in the 100 block of Perry Street in Struthers, Ohio. According to witness statements, a “young, light-skinned, Black male” walked into the home and opened fire, police said. At least one of the men was shot twice in the head, another was shot at least twice in the back, and two women were shot in the “lower extremities,” according to Struthers police Chief Tim Roddy.

“The two males are in critical condition, but the two women are OK,” Chief Roddy said. “The suspects left prior to our arrival. We didn’t stop processing the scene probably until about 10 a.m., and we’ve been following several leads going on 14 hours. So far no suspects have been arrested.”

The victims reportedly told police they did not know the gunman, who ran away from the home. Chief Roddy said the suspect likely fled on foot. “Neighbors heard gunshots, but no one saw a vehicle driving away or anyone else,” the chief said.

He said there didn’t appear to be forced entry and that the gunman likely walked in the front door, which leads to the living room. All five victims were shot “in very close proximity to each other,” Chief Roddy said.

“[The suspect] entered and began yelling,” the chief said. “Before they had a chance to respond … he began shooting.”

Chief Roddy would not speculate about a motive for the shooting, but said there was a call about an overdose at the same address just last week.

“It was not a resident of the house,” Chief Roddy said. “The overdosing person fled while we were arriving,” but he said authorities were able to apprehend the person.

At around 8 p.m. on Monday, Chief Roddy confirmed that Kimonie Devante Bryant, 24, turned himself in to the U.S. Marshall Service, according to reporting from the Tribune Chronicle.

Bryant is facing one charge of aggravated murder, with more charges likely coming, Capt. Daniel Mamula said, and is expected to be arraigned in Struthers Municipal Court on Friday.

Although Capt. Mamula said that Bryant has “familiarity” with the victims, he did not disclose anymore information.

Is there an equivalent of a white person murdering an under five-year-old black child? Seriously?

If there was, we’d never stop hearing about it, for the story would have entered the hallowed halls of redlining, Emmett Till, and George Floyd.

Were America really a nation with systemic racism, implicit bias, white privilege, and maintained by a white power structure, the only story we’d be hearing about right is how a little four-year-old white child was murdered by a black male.

Have you heard his name? No.